The Morningside University School of Visual and Performing Arts is an integral part of our foundation and community. Vocal, visual, and instrumental arts are traditions Morningside has upheld since the school’s founding. All performing arts are open to any student on campus, no matter the major. You could be a defining part of upholding Morningside’s long-standing traditions, including the singing of the school song with the President after choir concerts!

Ranging from choral music to instrumentals, and our theatre productions, if you are interested in Morningside’s performing arts, you will have no shortage of options to choose from or talent to learn from. You will be given the opportunity to explore time periods, languages, and cultures, as well as touring regionally, or nationally and internationally. 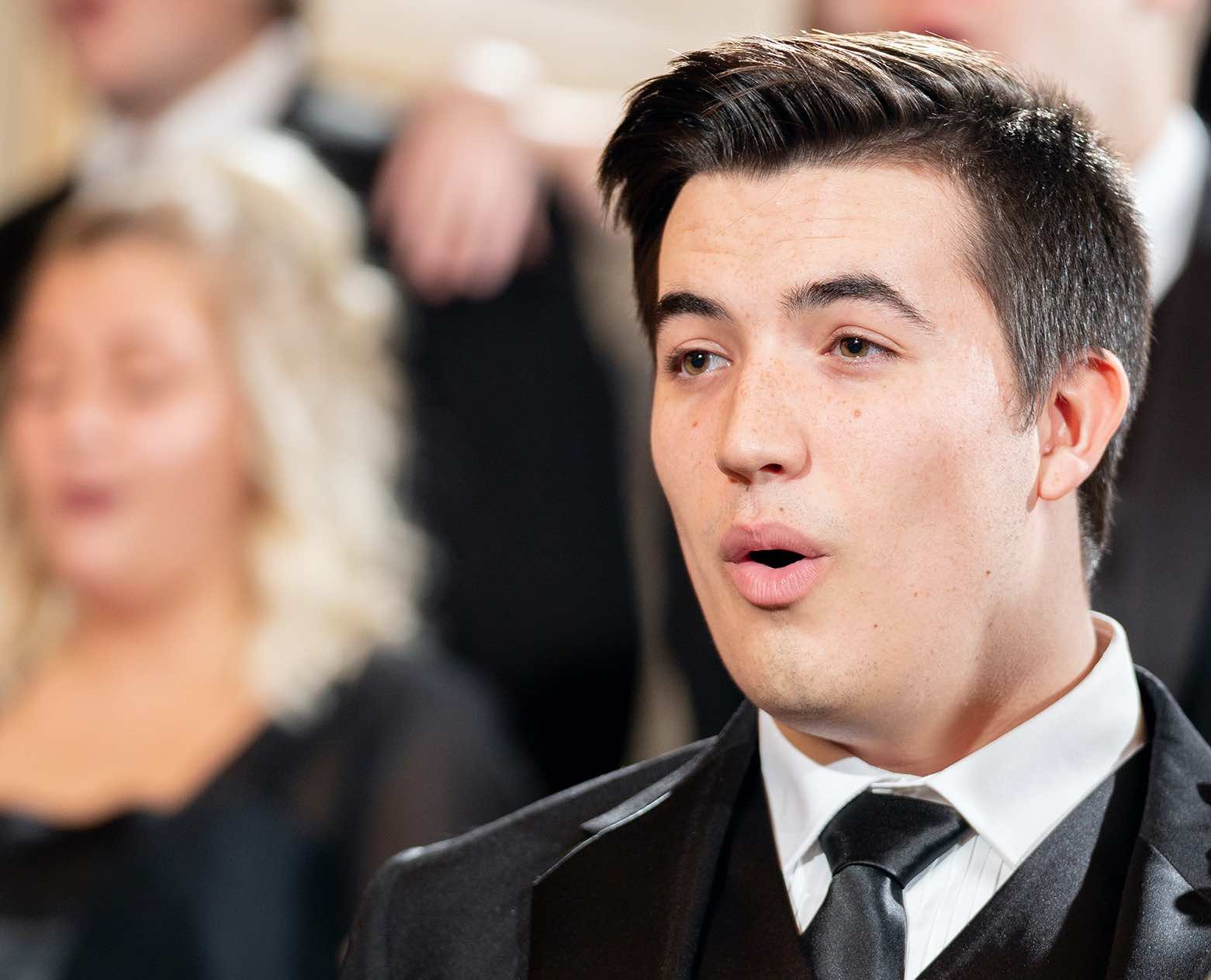 The Leo Kucinski Academy of Music is affiliated with the Morningside University School of Visual and Performing Arts. This program provides a youth symphony to students aged five through adult, as well as an early strings class. This academy is also open to Morningside students to allow for hand-on experience through practicums and teaching.

Morningside is home to many different festivals and workshops that offer young, aspiring students to learn from those that study, teach, and perform. Vocal and instrumental festivals allow high school students the chance to participate in high caliber performances, and workshops offer the chance and teachings necessary to master the craft.

Learn More about Festivals and Workshops at Morningside

Choral music has been a very important part of student life at Morningside for nearly 100 years, providing students from all major academic disciplines with rich occasions for musical and personal expression. Morningside’s four choral ensembles offer exceptional performance opportunities and support a strong sense of community between students and faculty.

Morningside University offers a wide array of instrumental opportunities for students, ranging from small groups to participation in full band ensembles. As a fixture at Morningside athletic events, Christmas at Morningside, and many other performances throughout the year, our instrumental programs are an important part of campus life.

Our theatre program has been highly regarded in recent years for producing well written, designed, and directed productions. Many of these productions have been student-written and directed, as well as being nominated for awards in acting, lighting, and set design. Students from all majors are welcome to take part!

Learn More about Theatre at Morningside

The Morningside University School of Visual and Performing Arts is proud to provide opportunities for students, Siouxland, and beyond to be engaged with our musical community. Whether you're looking to attend a performance or be a part of the production, there's something for everyone at Morningside.