Jeff Schoening ('84), a band director for Treynor Community Schools, recently had an experience most directors can only dream of.

After hearing about an upcoming “Band Directors Marching Band”, Schoening decided to send in a resume: “A friend, and fellow band director told me about an organization called the Michael Sewell Foundation,” Schoening explained. “Mr. Sewell was a band director from Ohio, who passed away a few years ago. His wife and friends decided to honor him by putting together a marching band made up of band directors from across the country, with the goal of performing in the Tournament of Roses Parade.” 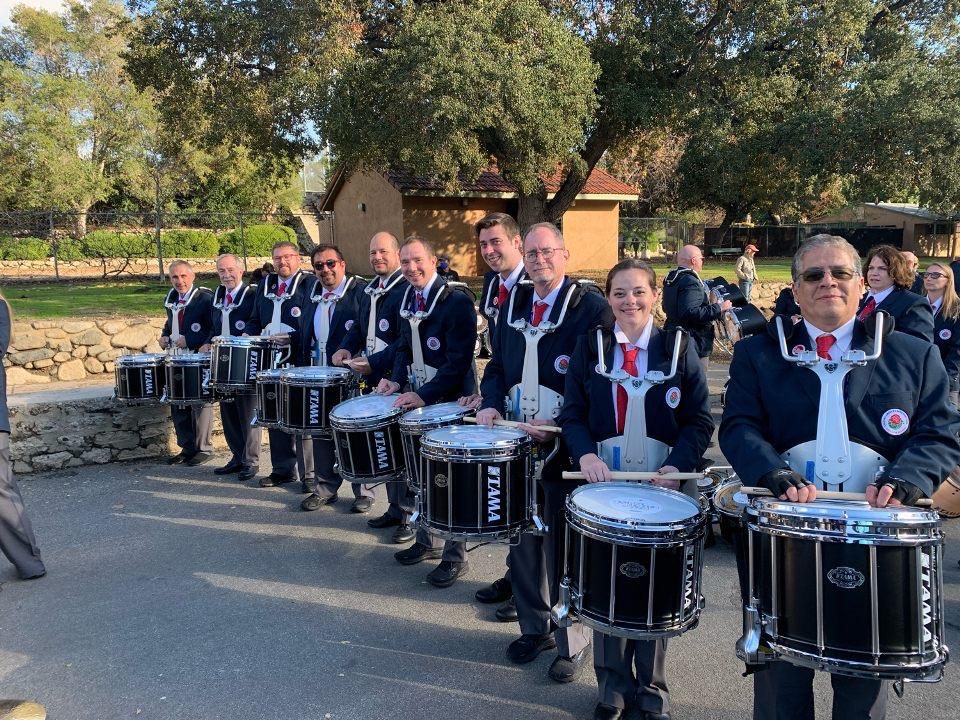 Schoening’s impressive involvement within Iowa’s music community secured him a spot to play in the Tournament of Roses Parade, which took place on January first of the new year. As a veteran teacher and director, he has been involved in dozens of parades, but he had not performed in one since graduating college. However, he was able to jump right back in without a problem.

“The great thing about music is that you can take 270 band directors, who have never played together before, rehearse for a grand total of four hours, and then perform in the biggest parade in the country in front of millions of spectators. That is what I love about music, instant communication using an unspoken universal language. It was amazing,” Schoening said. 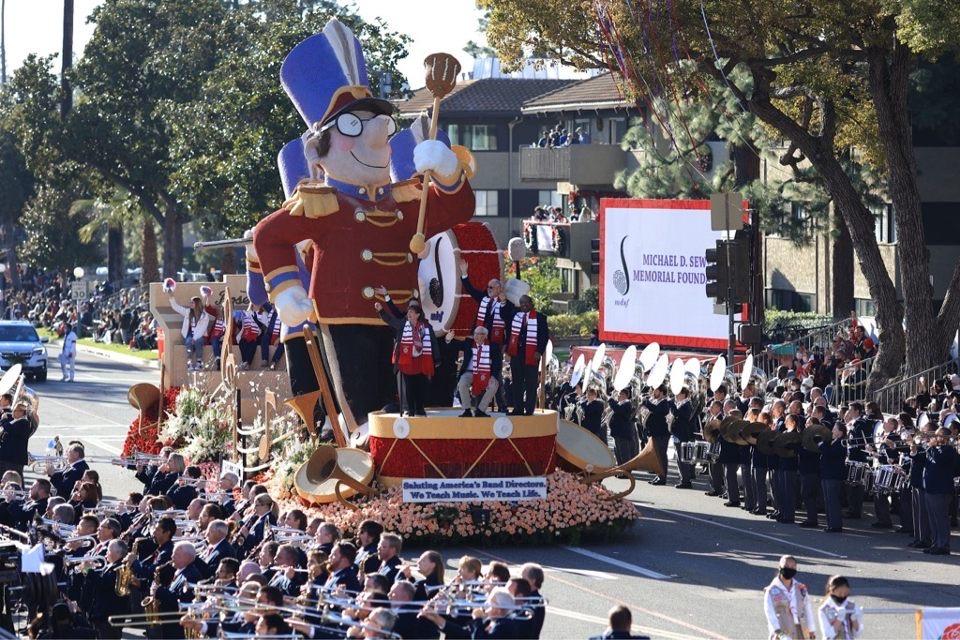 Schoening’s band career truly began in seventh grade when he first learned to play percussion. From there, he went on to play through high school, attending Morningside’s jazz festival all four years. He enjoyed the smaller size and was drawn to the strong music program that the college was known for.

Soon enough, Schoening got involved in many music department-related activities. Concert, performance, and marching band performances would become some of his favorite memories, “We had the opportunities to go on tours, and perform at state and national level conferences,” Schoening said. 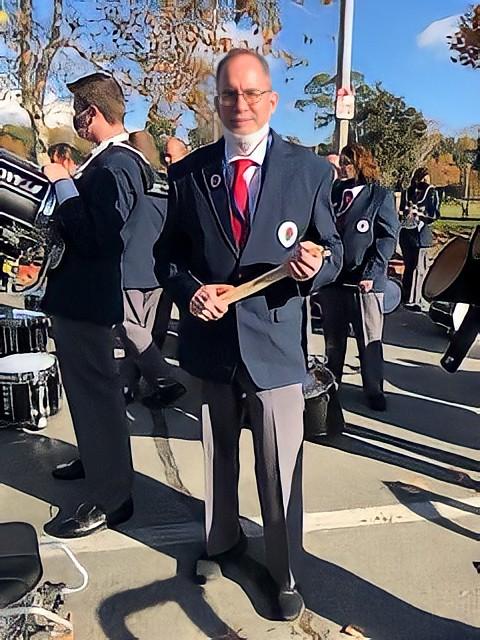 The music department would also be where he would make some incredible friendships and develop a very close-knit group. Many of these friends would later become world-class performers and educators.

Morningside was also where Schoening was first drawn to teaching, although it did not start out that way. “My goal was to become a professional musician. But life sometimes has other plans for you, and I grew to love teaching more and more,” Schoening explained.

He attributes much of his inspiration to prior educators, “Most people who become teachers were inspired by great teachers. For me that was very true,” said Schoening. He specifically named some of his earlier teachers as having influenced him, “My junior and senior high band directors, David Trachta and Don Trapp pushed and challenged me to become a better player. I was also fortunate to have a private percussion teacher, Chris Stovall, who really inspired me.”

His college professors would also offer some useful advice that he could add to his teaching repertoire, “Dr. Randy Kohlenberg, Gary Slechta, Robert Spring, and Joe Shufro were all instrumental in shaping the way I teach. I still use teaching skills and quotes from them on an almost daily basis,” Schoening said. 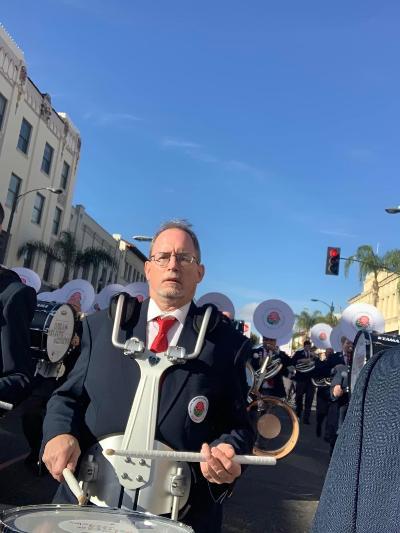 Schoening has now been teaching for nearly 38 years and has established himself as a very successful educator and director. He was recently awarded the Charles E. Lakin Outstanding Teacher Award which is awarded to two Southwest Iowa public school teachers each year. This award recognizes teachers who treat teaching as a calling, rather than a job.

“Teaching, especially directing”, Schoening admitted, “can be all-consuming”. As many teachers know, it can be challenging to balance homelife with school. “I try to spend as much time as I can with my family,” Schoening said. “I am fortunate to have an amazing wife, Patty, who has been there for me through all these years. Our two boys were literally raised in a band room, and both of them are great players.”

Schoening’s advice for current Morningside students is to “work hard and enjoy every minute of the experience.” He encourages students to take initiative and rise to the occasion.

“Don’t be afraid to challenge yourself to expand your educational horizons. Remember, you don’t go to college to get a job, you go to get an education,” Schoening said.