The talent of the students in the Morningside University Visual and Performing Arts Department are a reflection of their outstanding faculty who are active creators, performers, musicians, and artists.

The dean of the school is no exception. Heath Weber has a passion for music. Through a relationship he established with the Grammy-nominated South Dakota Chorale, last fall, Weber auditioned to be part of a project with the Twin Cities pro ensemble Together in Hope. That opportunity allowed him to travel to and perform in Trondheim, Norway, this summer.

“The hope we focused on through our music was helping bring strangers to the table and welcoming them in, as it were,” he said. “There was an intentionality in focusing light on worldwide refugee crises. With the fact that the Ukrainian situation is ongoing, it gave the work and music we were performing more meaning. It put gravitas behind it.”

The ensemble’s path to the concert half a world away began in September 2021 with a monthly rehearsal. It was also developed without hearing the music itself for nearly seven months.

“The composer flew over and worked with us in March,” Weber noted. “We didn’t have the orchestration, just the piano reduction. It did make for a neat give and take where the composer suggested changes and we made them.”

“While not hearing the accompaniment for that long before a performance can be unnerving, it did allow us the ability to work that much harder to deliver a better product on our end,” he added. “We became very passionate about what we were doing, and we knew the orchestra would be doing the same.”

To help perfect the performance further, Sarah Tengblad, their director of operations, was intentional about working with refugees in the Twin Cities area.

“She was able to provide the illumination that was needed for us to see what the global refugee program looked like firsthand,” Weber said. “We had a presentation from Kao Kalia-Yang, a Twin Cities author and poet used in the work. Additionally, she engaged a refugee family who provided a meal and presentation. I remember we all left those rehearsals thinking how powerful the things they discussed were. It gave us an added impetus to perform even better.” 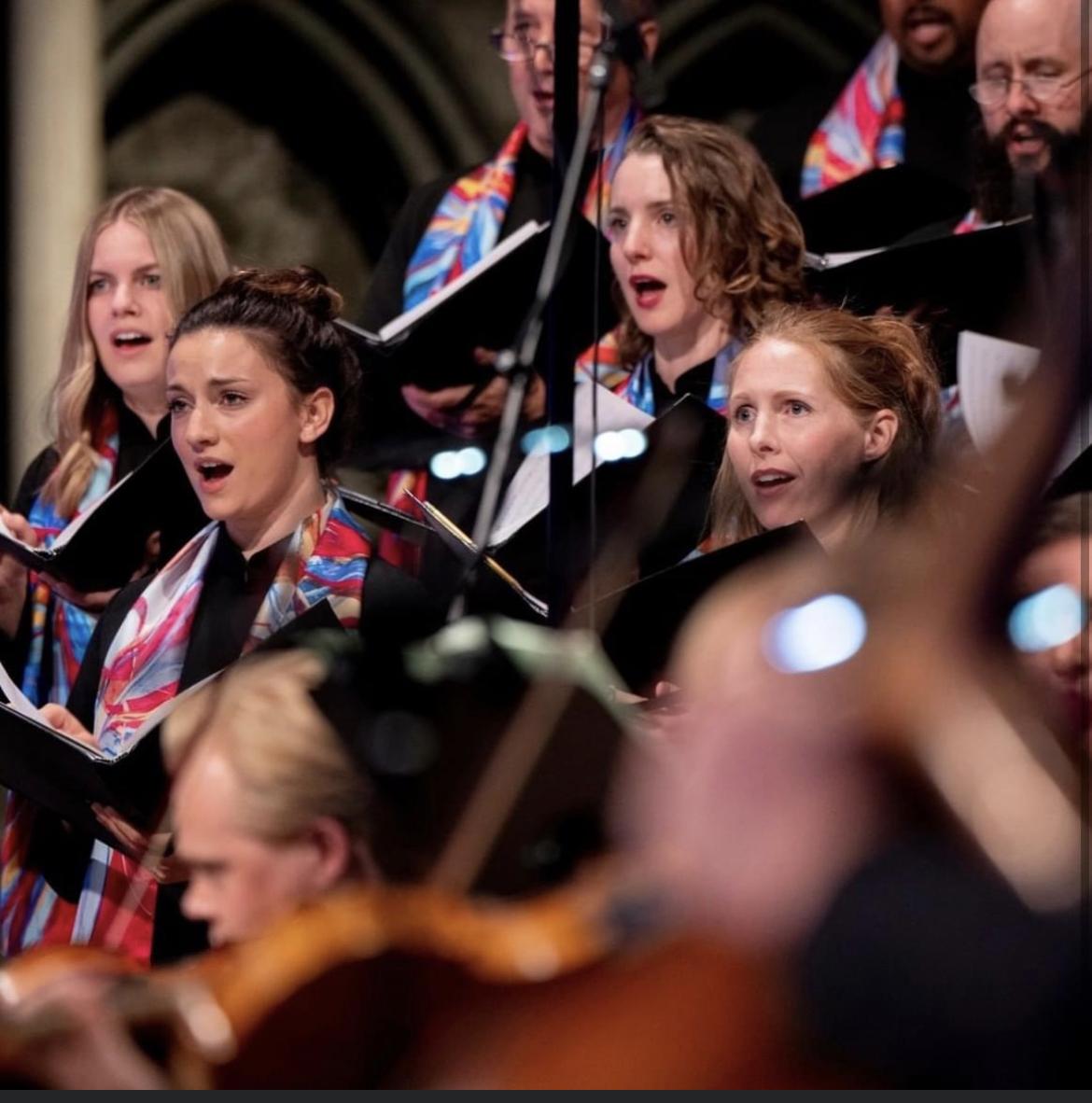 The Together in Hope ensemble rehearsed for seven months without the luxury of orchestration.

“Sarah wanted to make sure this entire project wasn’t just lip service,” he added. “There was fundraising behind it from UNHCR - the UN refugee agency along with ensemble members and benefactors from the region. That really helped underscore how our music could make a difference.” 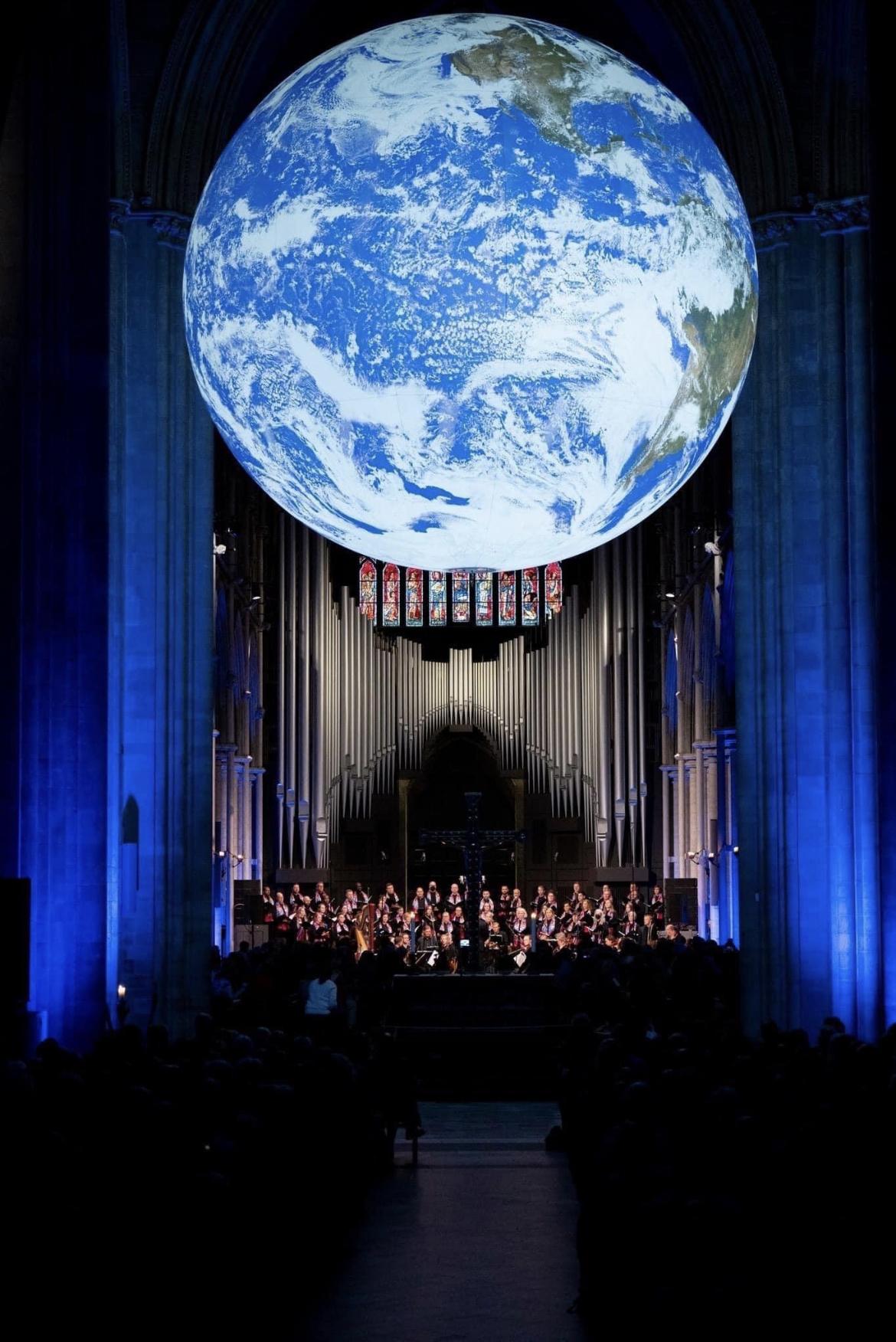 “I do love to direct and lead others in music,” he admitted. “However, at day’s end, singing is the most important thing to me. It always will be. The chance to be a part of something so powerful and the message of hope it clearly delivered was life-changing. I’ll never forget it.”

Weber’s time with Together in Hope isn’t over, either. He and the ensemble perform in the United States in mid-October and have a recording that they hope a record label will pick up down the road.

“Who knows what else can come from this. Once you’re a part of an ensemble of this stature you sort of want it to be permanent, but it’s all based around needs for vocal parts. You just never know.I’ve got strong connections, so I’m hopeful there will be future opportunities out there,” he noted, adding, “The power of such moments is something I’d love to experience again.”