Mustangs bow out in NAIA Quarterfinals 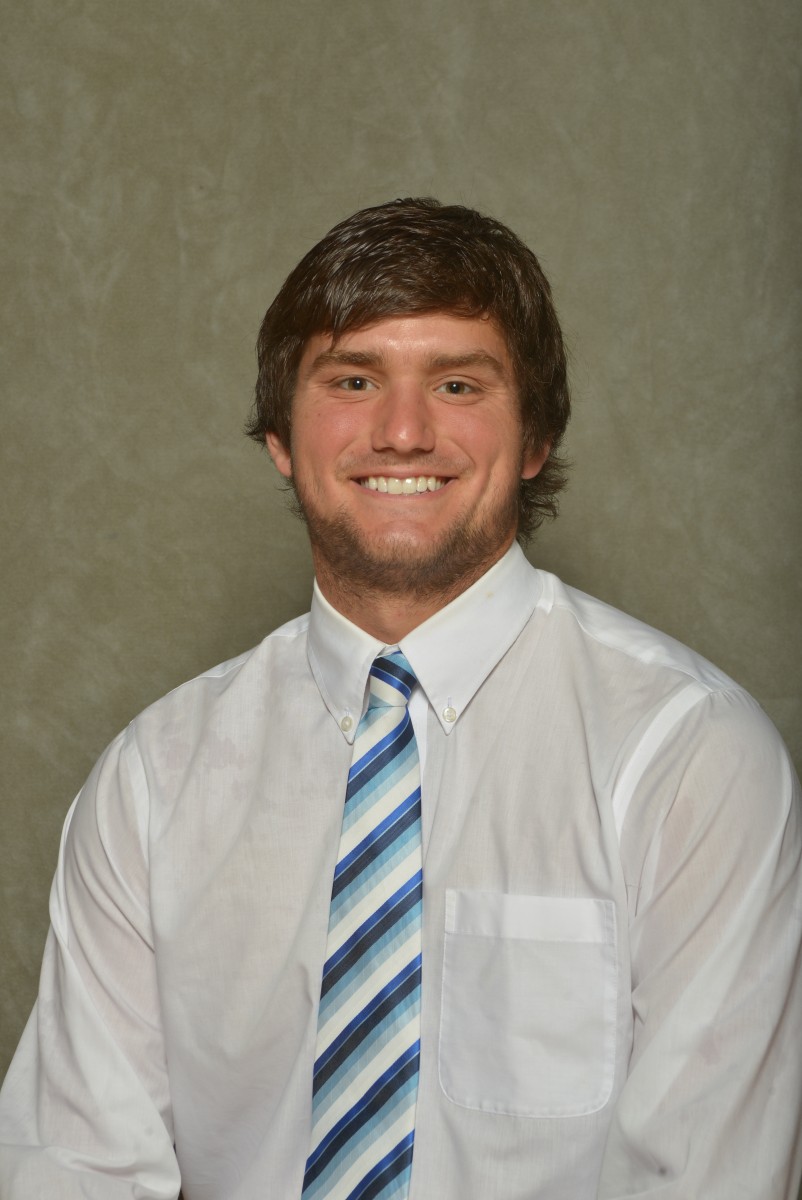 Green, named the Offensive Player of the Game, rushed for a whopping 296 yards in 25 carries, including 232 yards and two touchdowns in the second half to rally the Cougars from a 20-7 halftime deficit.

Saint Francis will take an 11-1 record into next Saturday’s NAIA Semifinals, while the Mustangs closed the books on a 10-2 campaign that saw them win a sixth consecutive Great Plains Athletic Conference (GPAC) championship and reach at least the NAIA Quarterfinals for the 11th time in the last 13 years.

Morningside and Saint Francis combined to put up some offensive statistical totals of the video game variety. The Mustangs amassed 590 yards total offense, including 441 yards passing by Trent Solsma and 162 yards rushing in 27 carries by Tyler Kavan. Solsma completed 32 of 52 pass attempts, including 10 completions to Jason Vander Kooi for a career-high 195 yards. Michael Whitehead also had a big game with eight receptions for 92 yards and two touchdowns. 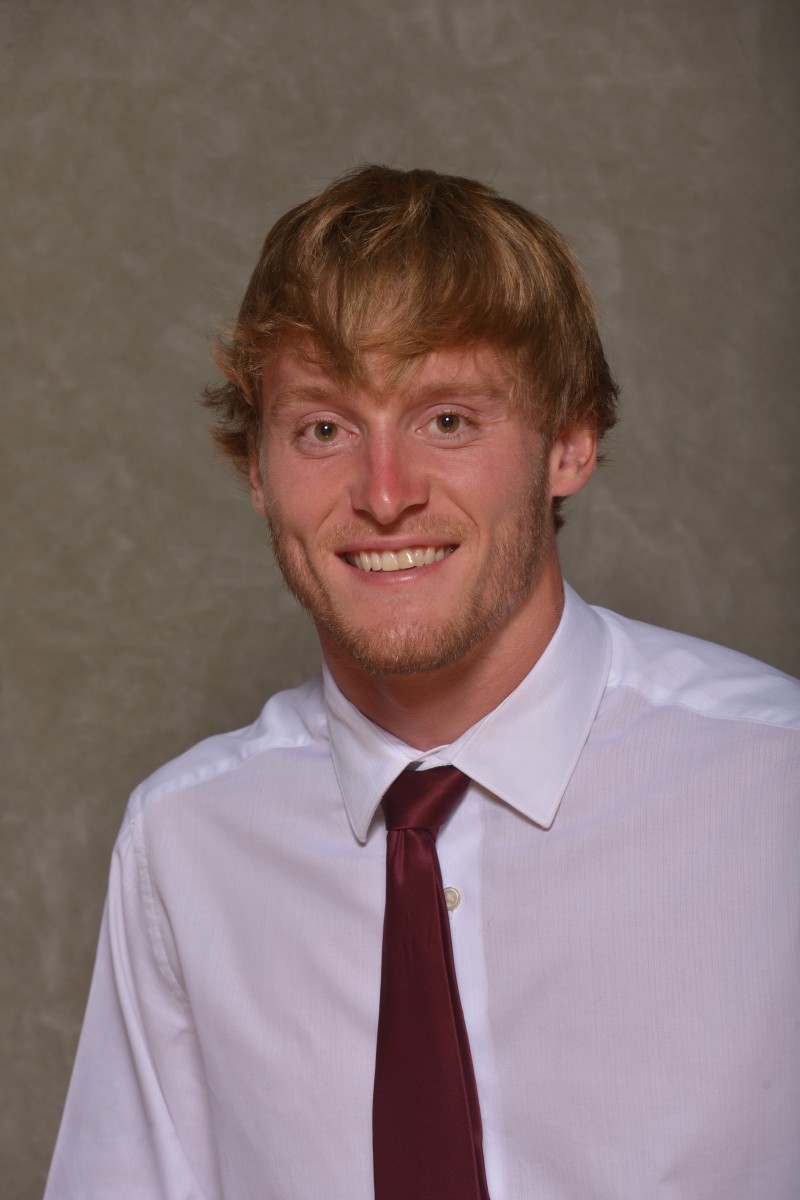 Saint Francis finished with 474 yards total offense, of which all but 80 came in the second half.

Morningside jumped in front 20-7 by the intermission in a first half that was dominated by the Mustangs. The Mustangs’ offense amassed 343 yards total offense compared to just 80 yards by the Cougars, of which the majority of their yards came on their final possession when they mounted a late touchdown drive to avoid a first half shutout.

The Cougars looked sharp at the start when Green ripped off runs of nine and seven yards on the first two plays of the game. The drive eventually stalled at the Morningside 43-yard line and the Cougars’ offense was virtually nonexistent for most of the remainder of the half.

The Mustangs entered the game with the NAIA’s top ranked defensive unit, leading the nation in both scoring defense and total defense with averages of 11.4 points and 244.0 yards per game, and they showed why in the game’s opening 30 minutes. Morningside made things especially difficult for Saint Francis quarterback Nick Ferrer, one of the top passers in the nation, who was sacked four times in the first half. Ferrer completed one of seven pass attempts for a negative three yards in a first quarter where the Cougars gained only 13 yards in 14 plays. 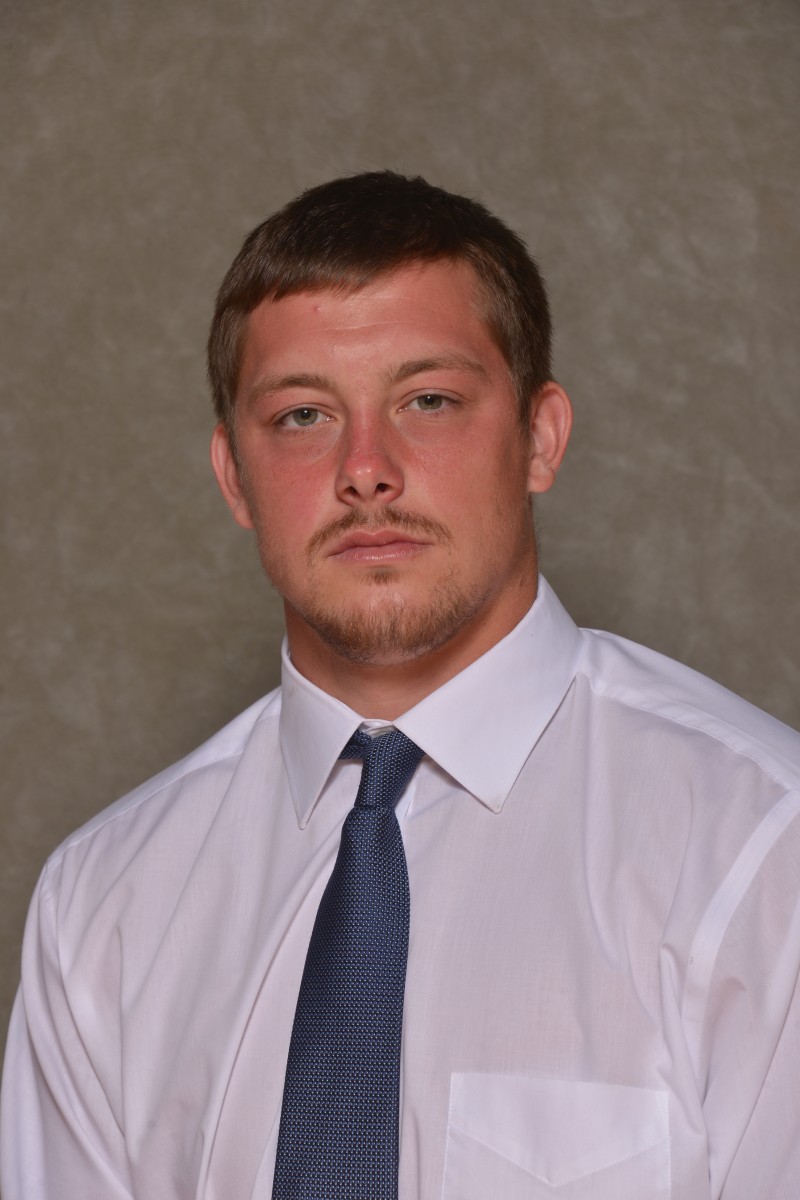 Ferrer finished the first half with five completions in 16 attempts for only 37 yards, of which 25 of the yards came on his final two throws of the half on a 13-yard strike to Akeim Kelsaw and a 12-yard TD pass to Seth Coate.

Morningside’s offense took control early when the Mustangs marched 80 yards to a touchdown in only six plays to take an early 7-0 lead when Kavan broke loose for a 42-yard TD run with 11:49 left in the first quarter. Aside from Kavan’s TD run, the big plays of the march were pass completions of 20 and 18 yards from Solsma to Vander Kooi.

The Solsma to Vander Kooi connection clicked throughout the first half as they hooked up five times for 109 yards.

Solsma completed passes of 18 yards to Tanner Ver Steeg and 13 yards to Vander Kooi to set up a 25-yard field goal by Jared Amundson that put the Mustangs up 10-0 with 6:46 left in the first quarter. The Mustangs made it 13-0 on a 42-yard field goal by Amundson with 14:53 left in the second quarter on a score that was set up by a 17-yard pass from Solsma to Michael Whitehead and runs of nine and eight yards by Kavan.

The Mustangs’ most impressive drive of the first half came early in the second quarter after the Cougars had pinned the guests on their own seven-yard line after a punt. Morningside drove 93 yards to a touchdown in nine plays, gaining 44 of the yards on a pass from Solsma to Vander Kooi, before Solsma fired a 22-yard scoring strike to Whitehead for a touchdown that put the Mustangs ahead 20-0 with 10:27 left in the first half. 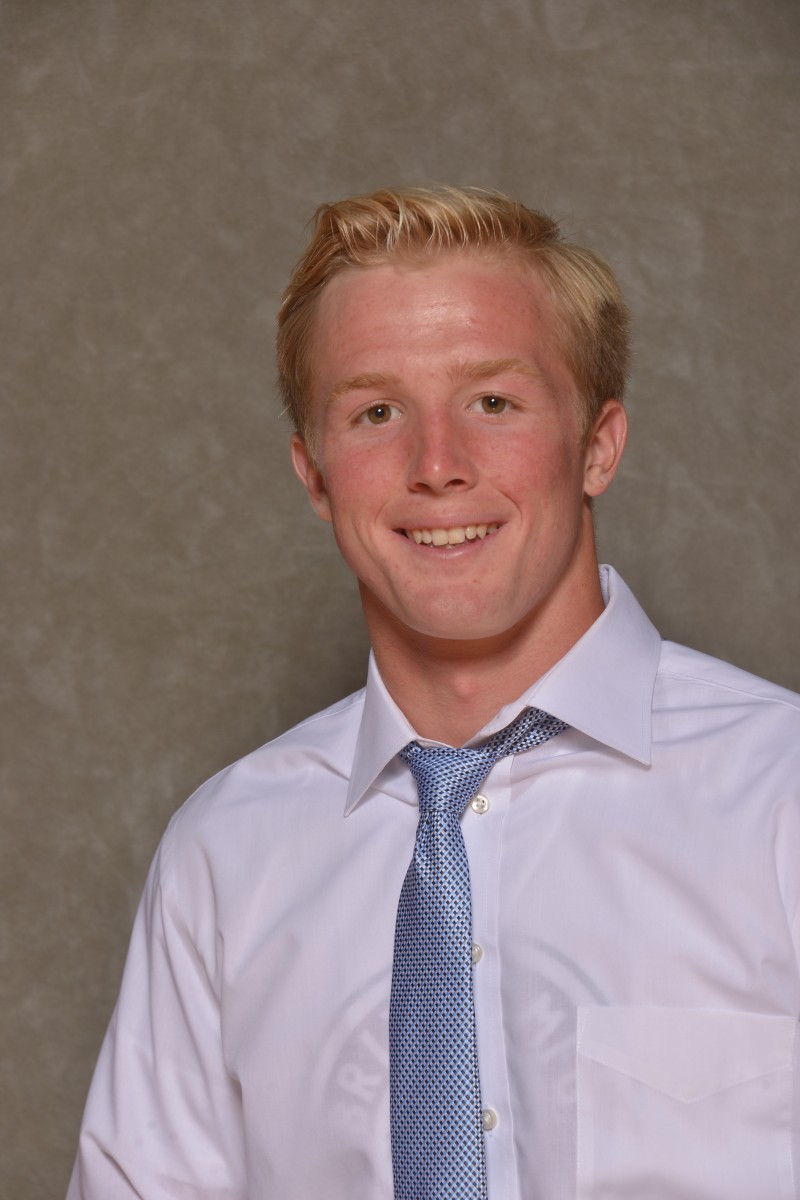 Saint Francis closed within 20-7 on Ferrer’s 12-yard touchdown pass to Coate with 44 seconds left in the half to cap a six-play, 80-yard drive that was aided by a pair of pass interference penalties.

The Cougars carried their late momentum into their first offensive possession of the second half. Green broke loose for an 80-yard run to get the Cougars out of a hole after a Mustang punt had pinned them inside the 10-yard line before a three-yard touchdown pass from Ferrer to Kelsaw narrowed the difference to 20-14 with 10:31 left in the third quarter.

Saint Francis marched 76 yards in 10 plays for a touchdown on its next possession to take its first lead of the game. An 18-yard shovel pass from Ferrer to Kelsaw and a 29-yard run by Green were the big plays before Ferrer completed an eight-yard touchdown pass to Zach Genger on third down to put the Cougars in front 21-20 with 4:01 left in the third quarter.

Saint Francis came right back when a 25-yard touchdown pass from Ferrer to Coate tied the score at 28-28 with 14:44 left in the fourth quarter to complete a five-play, 56-yard drive. 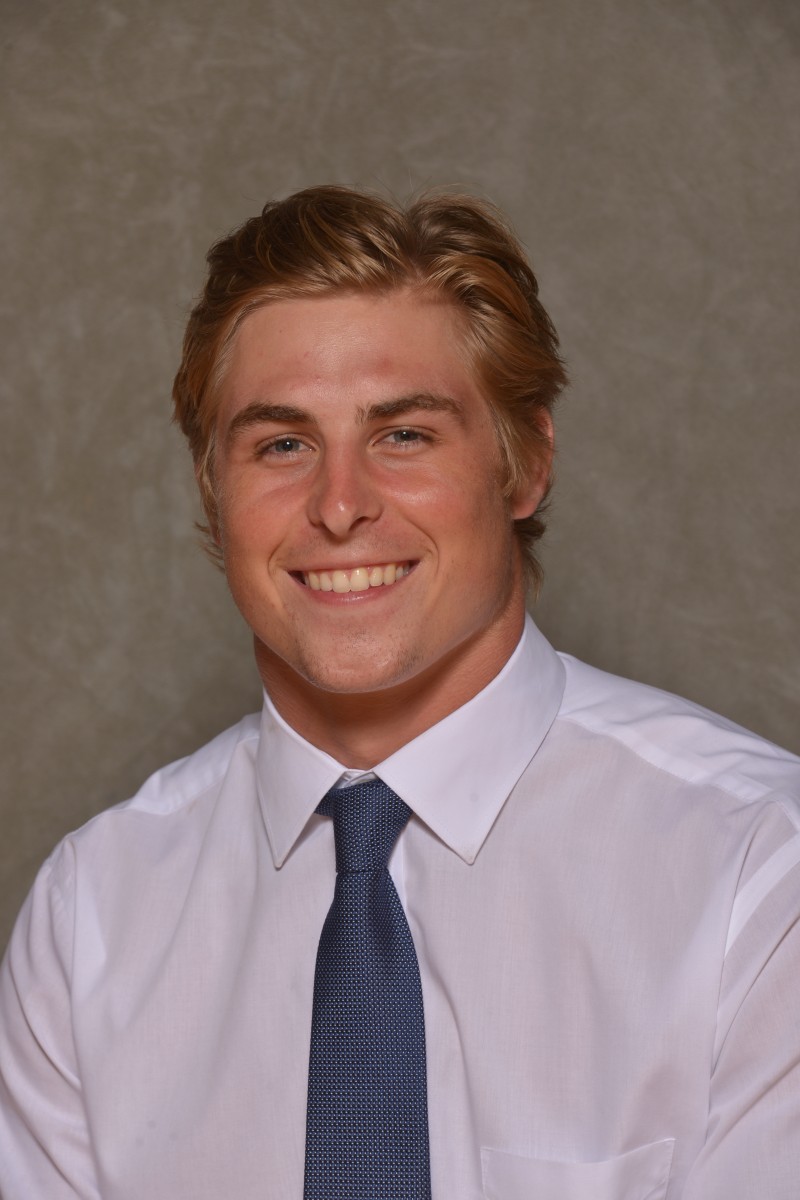 The Mustangs were on move after the ensuing kickoff and drove to the Cougars’ 43-yard line before Eric Hemmelgarn and Lucas Sparks combined to sack Solsma for an eight-yard loss to stall the drive.

A Spencer Wyant punt pinned the Cougars on their own six-yard line, but the hosts immediately got out of the hole on a 33-yard pass from Ferrer to Coate on the first play and four plays later Ferrer found Coate wide open over the middle on a 50-yard touchdown pass that put the Cougars back in front 35-28 with 9:04 left in the game.

A 16-yard pass from Solsma to Vander Kooi moved the Mustangs back into Saint Francis territory before the Mustangs attempt for a tying score ran out of downs on the Cougars’ 34-yard line.

Saint Francis appeared to seal the victory with a 66-yard touchdown drive to go up by two scores. Green rushed for 76 yards during the pivotal drive, the final 47 on a touchdown run when the Cougars converted on a third and 15 to take a 42-28 lead with 2:15 left in the game.

The Mustangs weren’t finished, however, and came right back to close within 42-35 with 1:27 left. A 40-yard pass from Solsma to Ver Steeg moved the Mustangs into striking distance on the Cougars’ 18-yard line and they scored on the next play when Solsma found Whitehead wide open in the back of the end zone on an 18-yard touchdown pass. 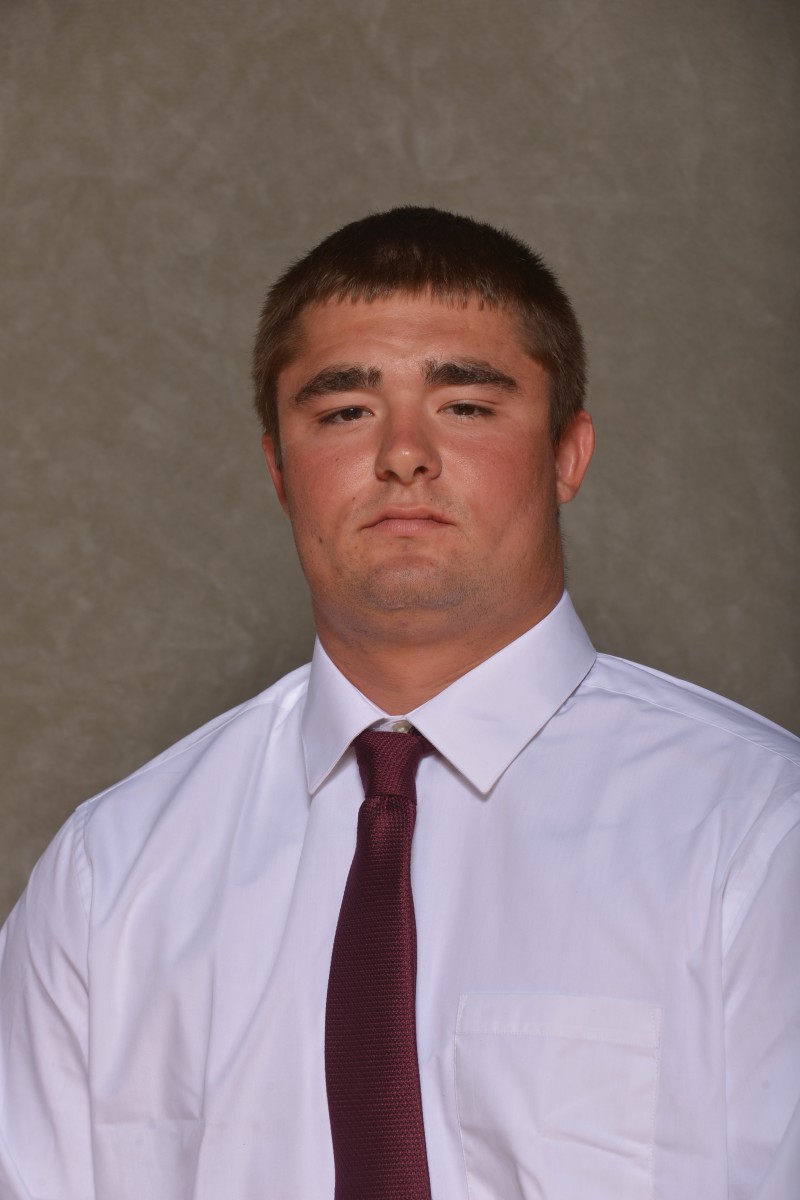 Saint Francis took over on its own 49-yard line with 1:26 left after a failed Morningside onside kick attempt. The Cougars ran Green three times for 14 yards to pick up a first down that enabled them to run out the clock.

Aside from Green’s 296 yards rushing, Ferrer passed for 175 yards and five touchdowns. Coate led the Cougars’ receivers with five catches for 124 yards and three touchdowns.

Hemmelgarn, named the Defensive Player of the Game, finished with nine tackles, including 1.5 quarterback sacks and five tackles behind the line of scrimmage for losses of 28 yards.

Chase Nelson collected a game and career-high 14 tackles with 10 solos and four assists to lead the Mustangs’ defense. Caden McDonald just missed double figures with nine tackles, including a team-high two tackles behind the line of scrimmage for losses of 10 yards. Nate Crnkovich and Chase Reis each had 1.5 quarterback sacks. Logan Rozeboom also had a quarterback sack and Luke Gibbs and Jason Lupkes combined on a sack. Xavier Spann led the Mustangs’ secondary with three pass breakups.