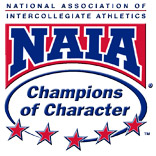 Morningside is ranked third in the nation in the NAIA Football Coaches’ Preseason Top 25 Poll released on August 8.

Morningside is one of three teams from the GPAC in the NAIA Preseason Top 25. Doane College is ranked ninth and Dakota Wesleyan University is 16th.

The Mustangs will open the 2016 season with a 1 p.m. home game against Ottawa University on Saturday, Sept. 3, as part of the GPAC/KCAC Football Challenge.