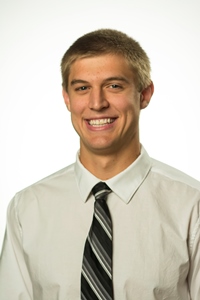 The Mustangs scored a school-record 2,940 points to break their former single-season standard of 2,933 points set during the 2005-06 season. Morningside, which averaged 86.5 points per game, had 519 assists to break its former record of 518 assists set last season. The Mustangs also tied a single-season record with 650 made free throws to match a record previously set by their 2005-06 team.

The Mustangs converted 76.7 percent of their free throw attempts to rank first nationally in the NAIA Division II ranks.

Morningside set a team record for the fewest points scored in a game by an opponent when it drubbed Dakota State University 55-35 on Dec. 7 to break its former record of 39 points by South Dakota Wesleyan during the 1951-52 season.

The Mustangs set a single-game record for field goal shooting accuracy when they drilled 31 of 47 floor shots for 66.0 percent in a 91-75 triumph against Midland University on Feb. 8 to break the former record of 65.9 percent against South Dakota State University on Jan. 14, 1994.

Morningside had four individual school records fall this season, all of them broken by Danny Rudeen. Rudeen, a 6-3 senior guard from Sioux City, broke Morningside’s single-season scoring record with 697 points to clip the former record of 696 points by Chris Kuhlmann in 1990-91. Rudeen also set a Morningside single-season record with 191 made free throws to shatter the former record of 166 free throws by Tom Regan in 2005-06. He made a school-record 38 consecutive free throw attempts from Feb. 12 to March 1 to break the former Morningside standard of 36 consecutive made free throws by Dave Grice during the 1986-87 season.

Rudeen made 428 free throws during his four-year varsity career to break the former school record of 418 career free throws by Tim West from 1995-99. 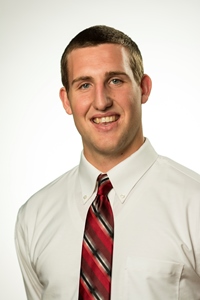 He was the Mustangs’ leading scorer in 22 of their 34 contests and finished his career with a streak of 54 consecutive double figure scoring performances dating back to last season. Rudeen topped the Mustangs with 212 field goals and was their most accurate 3-point and free throw shooter with a team-high 82 3-point field goals in 173 attempts for 47.4 percent and a team-high 191 free throws in 214 attempts for 89.3 percent to rank fourth nationally in both shooting categories.

Rudeen finished his career as the second leading scorer in Morningside history with 1,974 career points. He averaged 15.8 points per game over his career.

Kyle Nikkel, a 6-6 sophomore center from Pella, Iowa, was the Mustangs’ leading rebounder and second leading scorer with averages of 13.2 points and 6.1 rebounds per game. Aside from leading the Mustangs in rebounding, Nikkel also topped the team in field goal accuracy with 165 hoops in 262 attempts for 63.0 percent to rank fourth nationally. He shot 50 percent or higher from the field in 25 of his 32 games played. 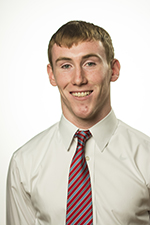 Steve O’Neill, a 6-1 junior guard from Council Bluffs, Iowa, dealt a team-high 145 assists for an average of 4.3 per game to compliment a 12.2-point scoring average. He was one of three Mustang starters to shoot over 80 percent from the free-throw line with 103 free throws in 125 attempts for 82.4 percent.

Tanner Miller, a 6-1 junior guard from Gretna, Neb., led the Mustangs with 64 steals for an average of 1.9 per game go compliment a 10.3-point scoring average. Miller converted 74 of 91 free throw attempts for 81.3 percent.

Andrew Christen, a 6-4 junior forward from Anselmo, Neb., topped the Mustangs with 34 blocked shots for an average of 1.0 rejections per game while coming off the bench. Christian was the top scorer and rebounder off the Mustangs’ bench with averages of 7.2 points and 4.1 rebounds per game.

Morningside posted a 25-9 record and finished second in the GPAC standings with a 16-4 league mark during the 2013-14 season. The Mustangs defeated GPAC regular season champion Dordt College 87-85 in the GPAC Post-Season Tournament title game en route to their fourth NAIA Division II National Tournament appearance in the last nine years.