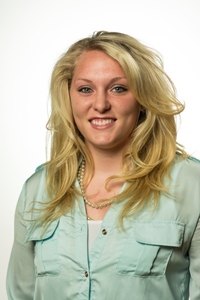 Muhl posted her seventh double-double of the season with 18 points and 11 rebounds to lead the 10th-ranked Mustangs to a 90-79 upset victory against second-ranked Northwestern College on Jan. 22 in Sioux City to hand the previously unbeaten Red Raiders their first loss of the season. Muhl, who also had three steals in the contest, made six of 10 field goal attempts and converted six of eight three throw attempts.

Muhl is the Mustangs’ leading scorer and rebounder with averages of 11.8 points and 8.3 rebounds per game. She also leads the Mustangs in field goal accuracy with 93 hoops in 165 attempts for 56.4 percent.