Read this story and more in the Morningsider (2021 Winter Issue)

Morningside is a place that focuses on the cultivation of passion and career experience. One way the school does this for the natural science field is through their lab opportunities offered on campus. Though it is a valuable experience for students, these labs go beyond the Morningside community and have the potential to significantly impact the understanding of common diseases.

Dr. Chad Leugers, an associate professor of biology, is the lead investigator working on Alzheimer’s disease research at Morningside. According to the Alzheimer’s Association, an estimated 5.8 million people of all ages have Alzheimer’s disease in the United States. Leugers’ interest in the disease first developed from his time in Dr. Gloria Lee’s lab at the University of Iowa. 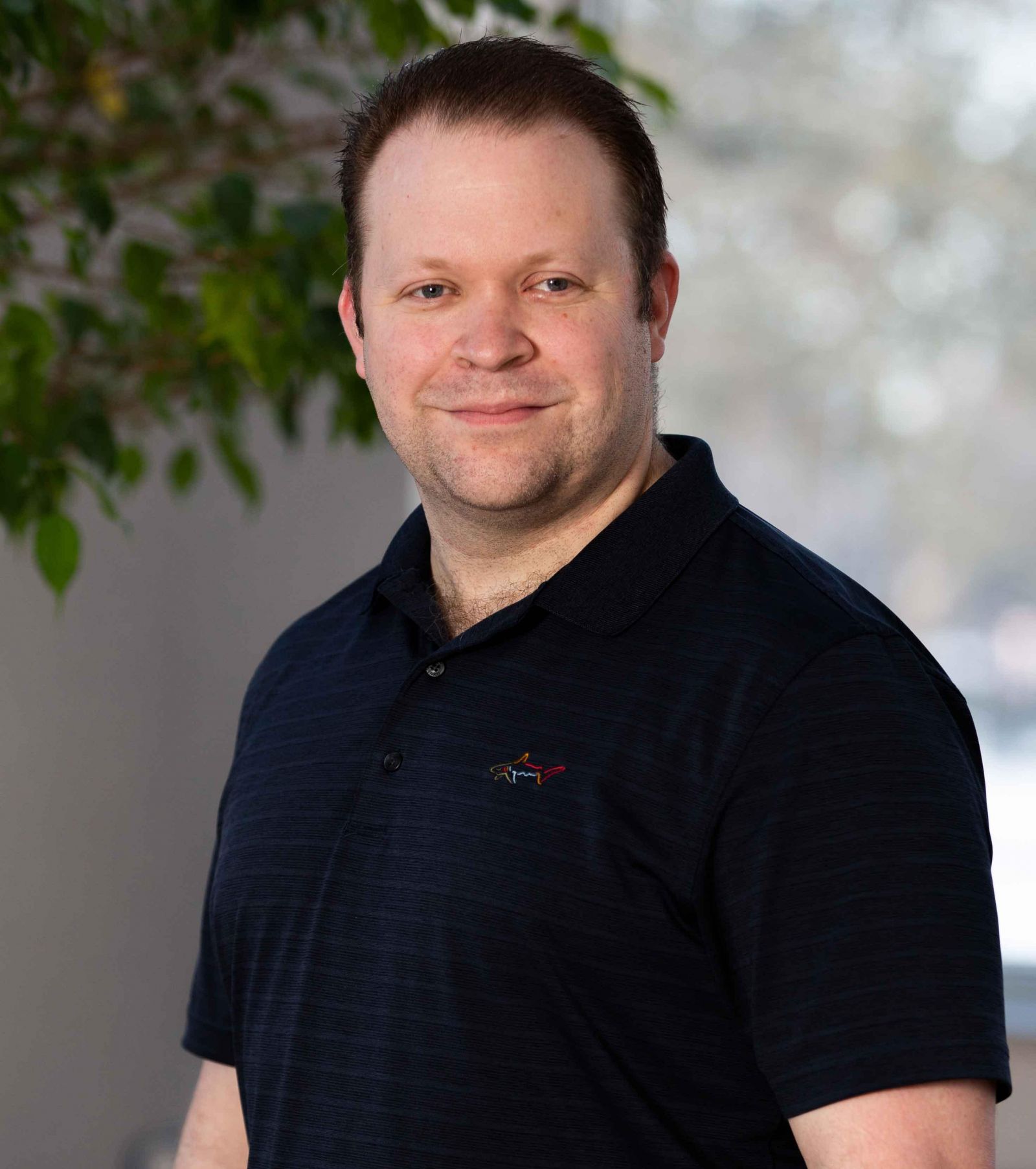 “I initially joined Dr. Lee’s lab as a graduate student because I had an interest in early brain development and some of her research was in this area. Once I joined the lab, there was a lot of research we were conducting that overlapped with research into Alzheimer's disease. My focus gradually shifted into that field,” said Leugers.

Leugers started the lab on Morningside’s campus in 2013 by first spending time designing new experimental protocols and creating new cell lines to work within the lab. After he made the lab his own, he picked up where earlier experiments had left off. The focus of his research is on finding evidence for new functions of the Tau protein related to both Alzheimer’s and in normal brain development. The Tau protein is found in healthy brain cells but can act abnormally during Alzheimer’s disease.

Throughout the last eight years, Morningside has played a crucial role in Tau research. Not only did the College provide the lab space and funding for equipment and research supplies, but it has also created opportunities for students to participate in the research and get hands-on experience in a real lab alongside Leugers.

“The students have made a huge impact on my research. Almost everything I do in the lab is with the assistance of students doing independent research projects or SURP [Summer Undergraduate Research Program] projects,” said Leugers.

One former student, 2020 graduate Jake Katzer, is a current medical student at the University of Iowa. Katzer began assisting Leugers in his lab in the summer of 2018. He continued to conduct research with him until he graduated. Katzer’s interest in getting involved with the lab sparked when he had Leugers as a professor in his Principles of Biology course.

“I decided to do research because I had never done anything like it before and wanted to see if it was something that I would be interested in doing in the future,” said Katzer.

During his time at Morningside, Katzer helped investigate Alzheimer’s disease at the cellular level by reading background papers, culturing human and rat neuronal cells, assisting in the creation of new cell lines, and performing Western Blots and immunoprecipitations. The lab skills Katzer was able to develop have all carried to his current research he is doing as a medical student and, eventually, will benefit him as a physician. 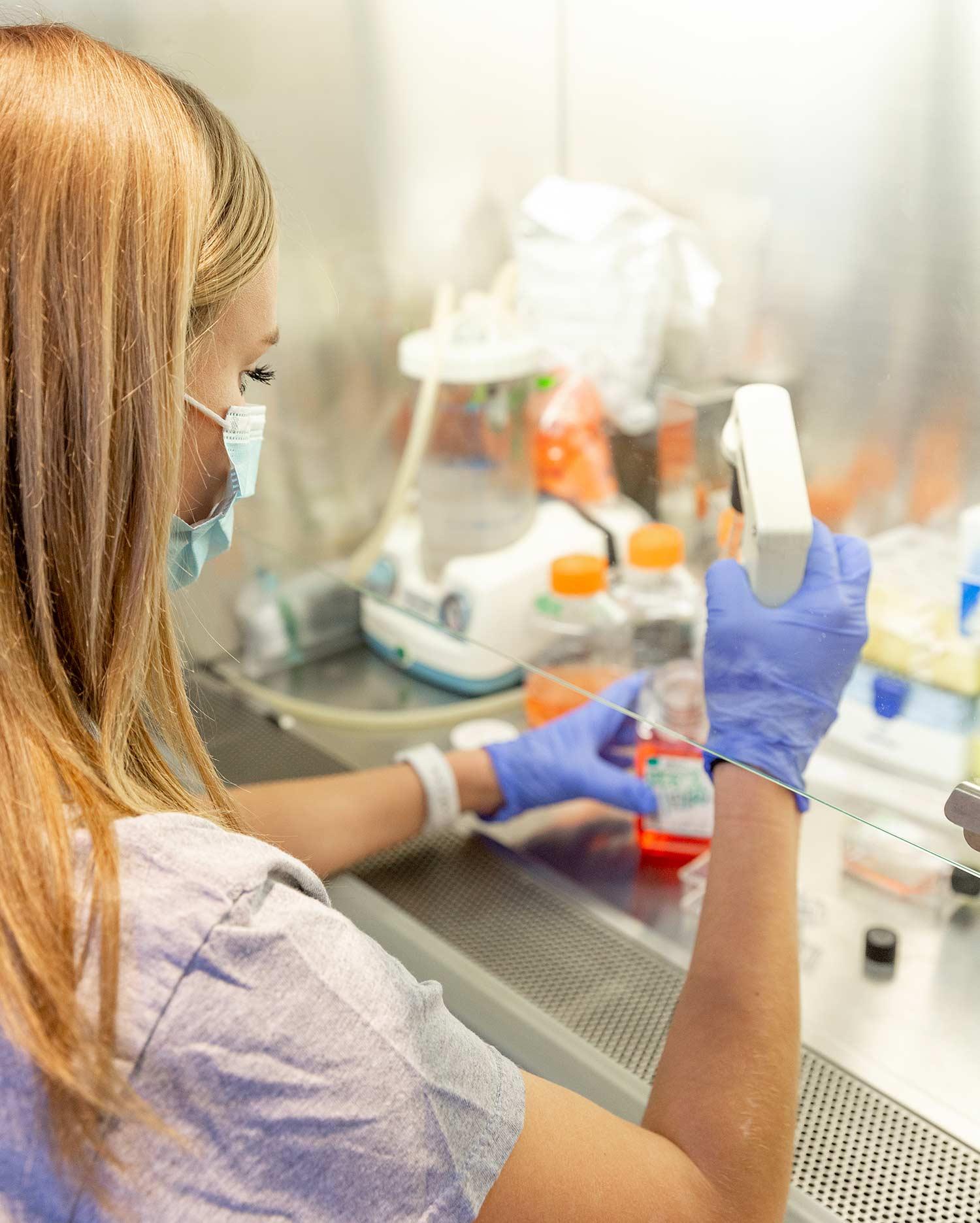 A current Morningside student, junior Tenly Hansen, has gotten this same opportunity to assist Leugers in his research for the 2021 spring semester. Her interest in the research is close to her heart.

“My grandmother passed away from Alzheimer’s disease when I was younger, so when I got the opportunity to play a small role in helping Dr. Leugers with his research to hopefully find a cure someday, I knew I couldn’t pass it up,” said Hansen, who hopes to attend medical school after Morningside.

Though Hansen is nervous for her semester in the lab, it’s because she understands the importance of the research, as well as the value of getting experience as an undergrad.

“It allows me to take the information and lab techniques I have learned throughout my past three years at Morningside and apply them to a real-life research project. The research requires critical and independent thinking, preparing me for future research I will be doing in medical school,” said Hansen.

When reflecting on the time spent in Leugers’ lab, 2017 graduate Natasha Hongsermeier-Graves sees this valuable experience having a lasting impact on her current studies and research she is doing at the University of Nebraska Medical Center.

“Learning how to critically evaluate scientific literature is key to practicing evidence-based medicine. This was a skill Dr. Leugers helped me develop over several years at Morningside. The experience I gained from working in cell culture techniques, experimental design, data analysis, and research presentation have also proven useful,” said Hongsermeier-Graves.

Leugers’ next steps are focusing on specific effects and interactions of the Tau protein on MAPK signaling that occurs in the disease process. The work has potential to advance the treatment of Alzheimer’s disease greatly, possibly finding a way to slow the disease.

“Our experiments here at Morningside open up the exciting possibility of a new target for the design of the therapeutic drugs that can help patients with Alzheimer’s disease,” said Leugers. “The students have made a huge impact on my research. Their continued excitement and interest also provide me with constant motivation to conduct the highest quality research and provide the best mentoring experience that I can.”