Read this story and more in the Morningsider (2020 Fall Issue)

A sign in Cleo Franklin’s house reads, “Create: an explosion of new ideas being brought to life.” Few words better describe the 1981 Morningside alumnus whose drive to bring his ideas to fruition has fueled him since childhood. Even as a young boy, he was in perpetual motion. He would pace with energetic thought, constantly ideating and planning his next move. His father’s words still ring in his ears - “Son, a 24-hour day can be viewed as either one day or three eight-hour work shifts.” It was a powerful lesson Franklin never forgot, one that framed time as a commodity that is never gained but always lost. While some people might pale at the thought of the sands of time slipping through the hourglass of life, it motivated him to be grounded in the present while always creating for the future.

“For me, it is all about pursuing and going after all the things that you cherish and what matters most in your life. My philosophy on life is centered on appreciating what you have and not worrying about what you may have missed,” says Franklin. “This is an approach I have embraced, lived by, and that has fueled my professional and personal life. To live life looking beyond what is, but more to pursue what life can be - fearlessly and with no regrets.” 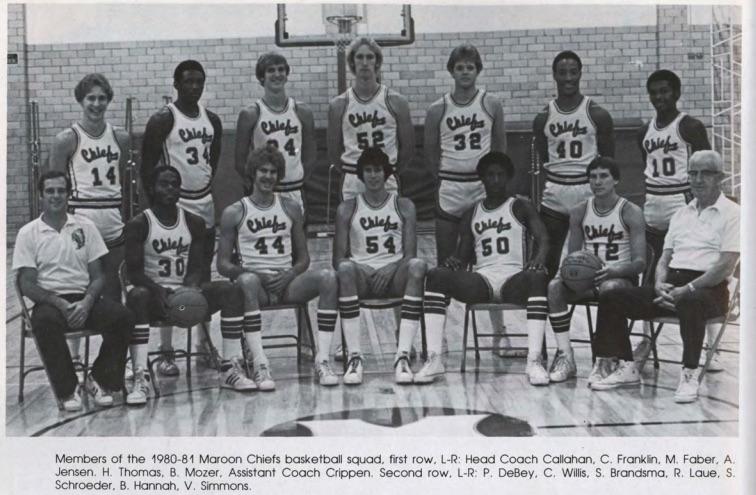 Many in the Morningside and Siouxland community may remember Cleo Franklin as one of the college’s all-time leading scorers for the men’s basketball team from 1978 to 1981 under Coach Dan Callahan, a shining tenure which earned him numerous North Central Conference accolades and entry into the M Club Athletic Hall of Fame in 2018. Off the court, he served as the first African American student government president while working towards his bachelor’s degree. After graduating from Morningside, he went on to earn a Master of Business Administration degree from the Kenan-Flagler School of Business at the University of North Carolina and held leadership roles at John Deere, Case New Holland, and Mahindra USA, Inc. Though agriculture may seem like an odd industry for this Chicago native, it was a natural fit for Franklin who strengthened the bond to his rural heritage during summers spent at his grandfather’s homestead in Arkansas and through his connection to his mother’s Mississippi delta roots. Along the way, he nurtured the seeds for his own business, Franklin Strategic Solutions.

In 2019, he returned to Morningside as not only a member of the board of directors but also as the founder of the Franklin Leadership Foundation, a social non-profit platform that provides opportunities for career and leadership development through partnerships with global businesses, entrepreneurs, and industry experts to help develop the next generation of future leaders at Morningside through scholarships, mentorships, internships, and externships. The Foundation held its first summit for students in February 2020, which featured breakout sessions and a public panel discussion open to students, local entrepreneurs and community members. Though the pandemic impacted plans for a summit in the fall, Franklin and Morningside’s Advancement and Career Services teams quickly adjusted and delivered a virtual professional series this summer and are planning additional development opportunities for Morningside students and alumni later this year.

Franklin also became a published author in 2020 with his first book, “Coffee With Cleo,” a collection of leadership lessons that inspired a podcast of the same name. The book itself was a lesson in perseverance for its author – who found the process took absolute commitment, focus, and pure doggedness at times. “Writing is a love and hate process for me, and the great African American writer and activist James Baldwin’s quote sums it up - ‘If you are going to be a writer there is nothing I can say to stop you; if you’re not going to be a writer there’s nothing I can say that will help you. What you really need at the beginning is somebody to let you know that the effort is real,’” he says. “My experience with writing a book is real and the word ‘real’ encompasses all the best and worst the writing process has to offer.” Though the path to publication wasn’t easy, the natural-born storyteller found his voice and “Coffee With Cleo” hit the shelves with a plan for a second book already in the works.

Even with a lengthy list of professional and personal successes, including his thirty-year marriage to his wife Lois and the life they built together with their family, Franklin will be the first to tell you that success doesn’t happen overnight nor is it accomplished alone. “No one is successful alone, and the successes that I’ve been blessed with are the direct result of others who have helped me throughout my personal and professional career,” he reflects. “I have always actively sought the support, counsel, and insights of others, and I feel strongly that the ability to be exposed to or have access to resources, whether that is financial, mentorship, or career guidance, is a true difference maker.”

It is this belief in the power of resources and experiences that led him to establish the Franklin Leadership Foundation Professional Development Series in the summer of 2020, a virtual series featuring experts offering advice, career counseling, and business insights. Today, this virtual mentoring platform, all conducted through a webinar-style presentation, can be found on Morningside’s YouTube channel for those who couldn’t watch it live or want to revisit and access key discussion points. By facilitating the series and providing a free digital resource, he hopes to create a cycle for others to pay it forward and become advocates for the underserved by actively finding ways to contribute to those who are in need of assistance to help guide and further their professional careers. He credits this mindset to his parents who were strong believers in the power of mentorship, service, and exposure to new experiences.

Franklin’s unique experiences as a student at Morningside also contributed to his commitment to creating opportunities. As a student, athlete, and president of the student government, he found his cup filled to the brim with challenges that sometimes made him question the path he had chosen and discover valuable life lessons in the process. He says his time at Morningside taught him humility and made him aware of strengths and personal limitations. He was also reminded of the words of his father about using time wisely, and his experiences helped him focus the use and management of time. Though the college was not as diverse as Chicago where he grew up, his experience reinforced the value of engaging others from different backgrounds while embracing new opportunities to help challenge old ways of thinking and develop new perspectives.

“My experience introduced me to a broader set of people I would have never met before and provided me the opportunity to extend my learnings and apply the successes and failures on the court and in academia with a broader perspective I appreciate to this day. It taught me to be open to others different from me, to be fearless and never waver in the pursuit of my goals, because if you do and if you are receptive, there will be a group of mentors and supportive people to help you along the way toward your life goals.” Now, he hopes to open the door to success for Morningside students through the Franklin Leadership Foundation and in his role as a board member. Even as the COVID-19 pandemic, social injustice, and a challenged economy loom, he finds himself inspired by the Morningside community. “In the midst of chaos, there is also opportunity,” he muses, quoting Sun Tzu. “As a Morningside family member, I look forward to a bright future because the people who are building this future are some of the best people I have worked with.”

To learn more about the Franklin Leadership Foundation and “Coffee With Cleo,” click here.