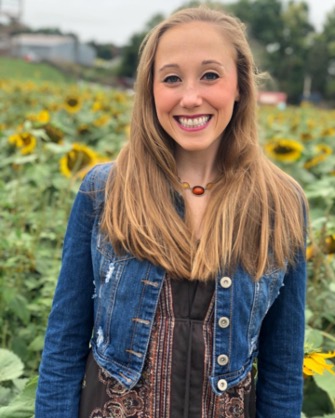 Over 160 students applied for the ODK scholarships and 37, including Protexter, were selected. The John D. Morgan Scholarship in the amount of $2,500 is awarded to the top overall applicant. ODK offers several endowed, named, and honorary scholarships for its members each year to assist graduating students with graduate school expenses.

Protexter graduated summa cum laude from Morningside College with a Bachelor of Science with a major in biology, a Bachelor of Arts with a major in chemistry, and minors in math and psychology in May 2020. During her time at Morningside, she held executive roles in the Pre-Professional Health Club, Chemistry Club, Math Club, Tri Beta, and Omicron Delta Kappa. She spent a lot of her time in the Academic Support Center, first as a struggling math student and then as a student tutor helping students with biology and chemistry. Outside of school, Protexter worked as a pharmacy technician and spent many hours observing physical therapists in a variety of settings. She has been accepted into the Doctor of Physical Therapy Program at Briar Cliff University where she will begin classes this summer.

ODK is an interdisciplinary honor society with 317 circles throughout the United States. To become a member, initiates must display excellence in five ideals: scholarship, service, integrity, character, and fellowship. Unlike many honor societies, ODK membership is open not just to undergraduate students but to faculty and staff as well. Morningside’s ODK circle helps develop leaders through sponsored events, guest speakers, and leadership building activities, including the annual Into The Streets community service day.