“Our history as Morningside College has been rich. Morningside holds a special place in the hearts of many. It has changed lives, and nothing will alter that legacy,” said Morningside’s President John Reynders. “Ultimately, though, it’s Morningside – not Morningside College or the College – that most resonates with those who love this place. Morningside will remain Morningside. For those that don’t know us, though, the change to university has the potential to open new doors and new hearts within the global marketplace.” 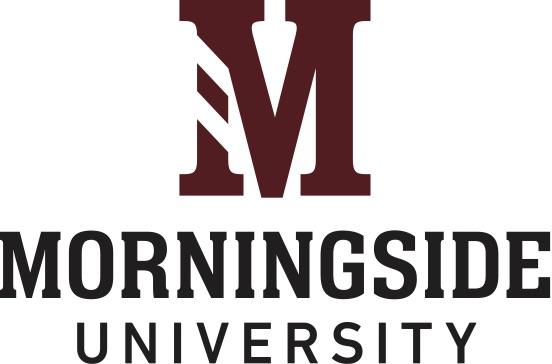 The decision to change the name resulted from a unanimous vote by the Morningside College Board of Directors during their meeting on October 9, 2020. The name change discussion has been ongoing throughout the last decade, particularly in the last five years. Several years ago, Morningside’s Carnegie Classification - a framework that classifies colleges and universities in the United States - changed Morningside’s classification from “regional college” to “regional university,” serving as a major turning point in the discussion. The primary difference between a U.S. college and university is that a university generally offers both undergraduate and graduate degrees. Morningside has offered graduate degrees since the late 1960s and now serves more graduate students than undergraduate students. While undergraduate programs remain at the heart of what Morningside does, the addition of a Doctor of Nursing Practice program in fall 2019 to accompany the existing Master of Arts in Teaching and Master of Science in Nursing programs affirmed Morningside’s place as a regional resource for adults seeking graduate-level education.

The integration of experiential learning has also changed the Morningside undergraduate experience, offering more engaging and hands-on opportunities for students in all majors. Research is encouraged across disciplines, and initiatives like Project Siouxland connect students with local businesses to address real-world challenges. These active learning opportunities extend beyond the classroom and into global experiences, with almost 10% of Morningside students choosing to study or travel internationally. Additionally, Morningside has annually averaged around 70 international students on campus for the last several years. Given that university is a more globally understood term, Morningside will be better positioned to continue to attract international students.

The physical transformation of the campus contributed to the decision as well, with over $70 million in physical plant investments over the last 15 years. Today, Morningside reflects the image of a small residential university with updated academic buildings, new and renovated residence halls, water features, walkways, and a park-like setting that has become a highly photographed and desirable area for events for students and the community alike.

“The period of growth and change that we have experienced in the last two decades rival any in Morningside’s history. Though some things have stayed the same, Morningside is also a place that has changed,” continued Reynders. “Breaking into new markets and expanding our reach requires bold moves that affirm the work we have done in the last 20 years. Transitioning from Morningside College to Morningside University represents an important step toward our future.”