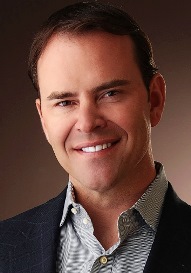 McNaughton, president of Elite Concepts Consulting, will lead Morningside alumni in a panel discussion “The Power to Shape Your Destiny” at 7 p.m. April 7. McNaughton also will present “Story of an Entrepreneur” at 10:30 a.m. April 8. Both events, which are open to the public, will take place in UPS Auditorium in Morningside College’s Lincoln Center, 3609 Peters Ave.

The events are part of the Entrepreneur in the Classroom program sponsored by Morningside’s business administration department and the Morningside student Entrepreneurship Group.

For over a decade, McNaughton held multiple sales leadership roles at Gateway Computers. After Gateway, he joined the sales force for motivational speaker Tony Robbins. McNaughton became president of Elite Concepts Consulting in 2007.

Dr. Pam Mickelson, professor and chair of Morningside’s business administration department and faculty adviser to the Entrepreneur Group, said, “Gene’s return to Morningside and Sioux City will provide students and the community special insights into the business growth process.”