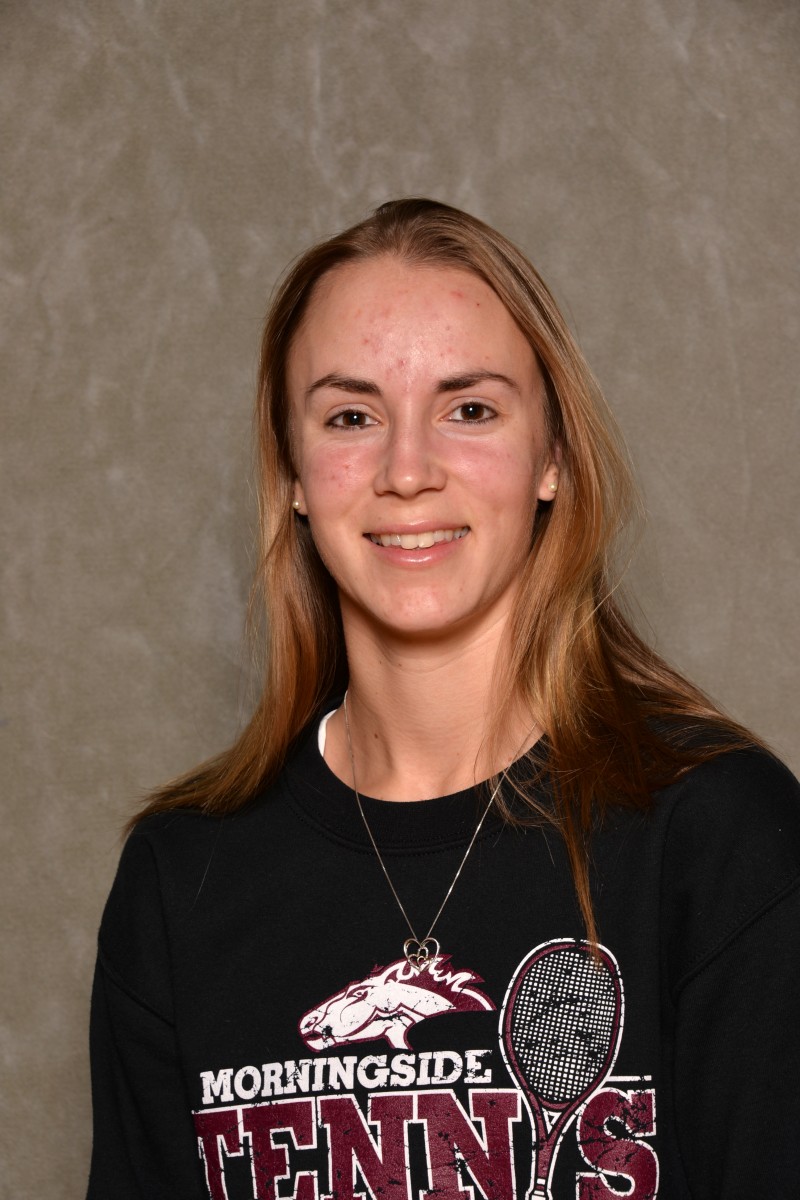 Hongsermeier won both of her matches to help lead the Mustangs to a 6-3 victory against Northwestern College in last Tuesday’s dual in Sioux City after flying in from San Diego, Calif., earlier in the day after accepting her Dr. Le Roy Walker Champions of Character Award at the NAIA National Convention.

Hongsermeier defeated the Red Raiders’ Kendra McGinnis 6-4, 6-1 in the No. 3 singles flight and combined with Abby Fitzgerald, a freshman from Fairmont, Minn., for an 8-2 triumph at No. 2 doubles.

She has an 8-1 record in singles and an 8-1 mark in doubles for a Morningside team that will take a 10-2 record into a Thursday dual at College of Saint Mary.