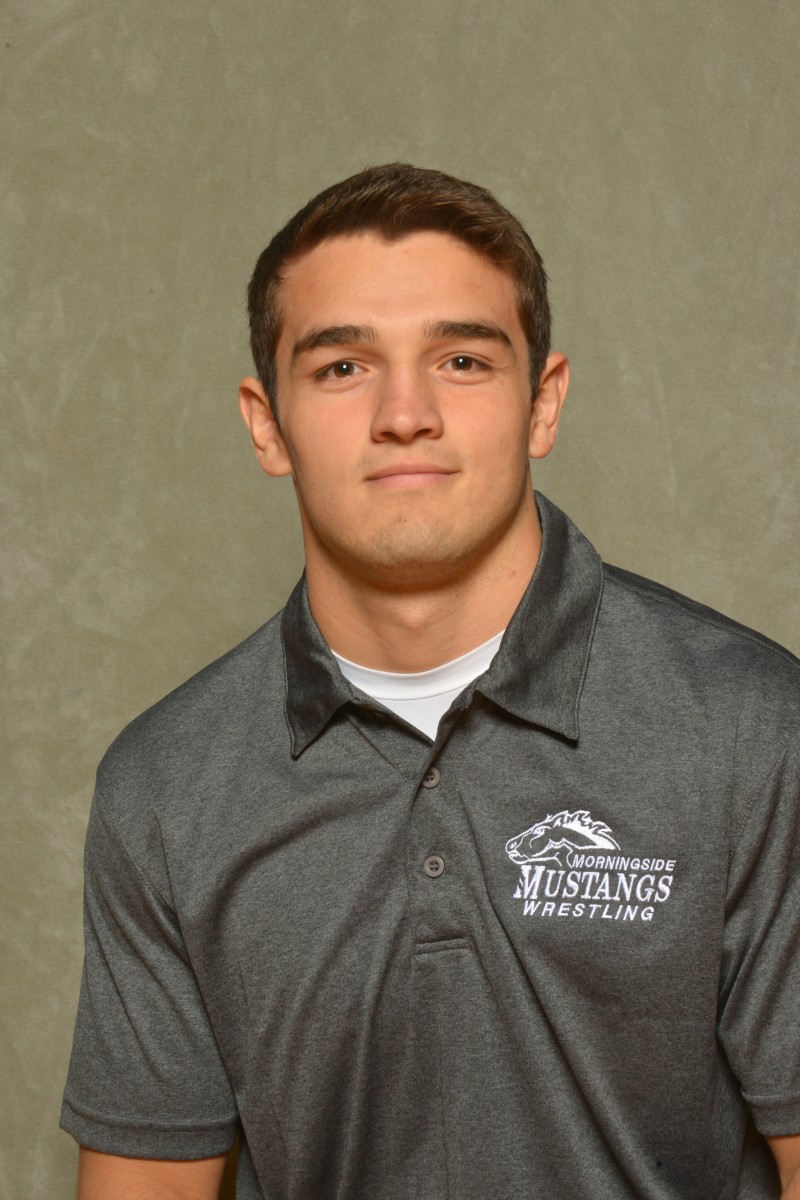 Steven Garcia, a sophomore from Sergeant Bluff, Iowa, was the top winner for the Morningside College wrestling team during the 2015-16 season.

Garcia, who posted a 27-7 record with seven falls, capped his season with a fourth place finish in the 149 lb. division at the 2016 NAIA Wrestling National Championships to earn NAIA All-America honors for the first time in his collegiate career. Aside from leading the Mustangs with his 27 victories, Garcia also topped the team with 62 take downs and 36 escapes and was their co-leader with three victories by technical fall.

Garcia, a two-time NAIA national qualifier, has a 54-20 record after his first two seasons for 25th place on Morningside’s all-time victory list. 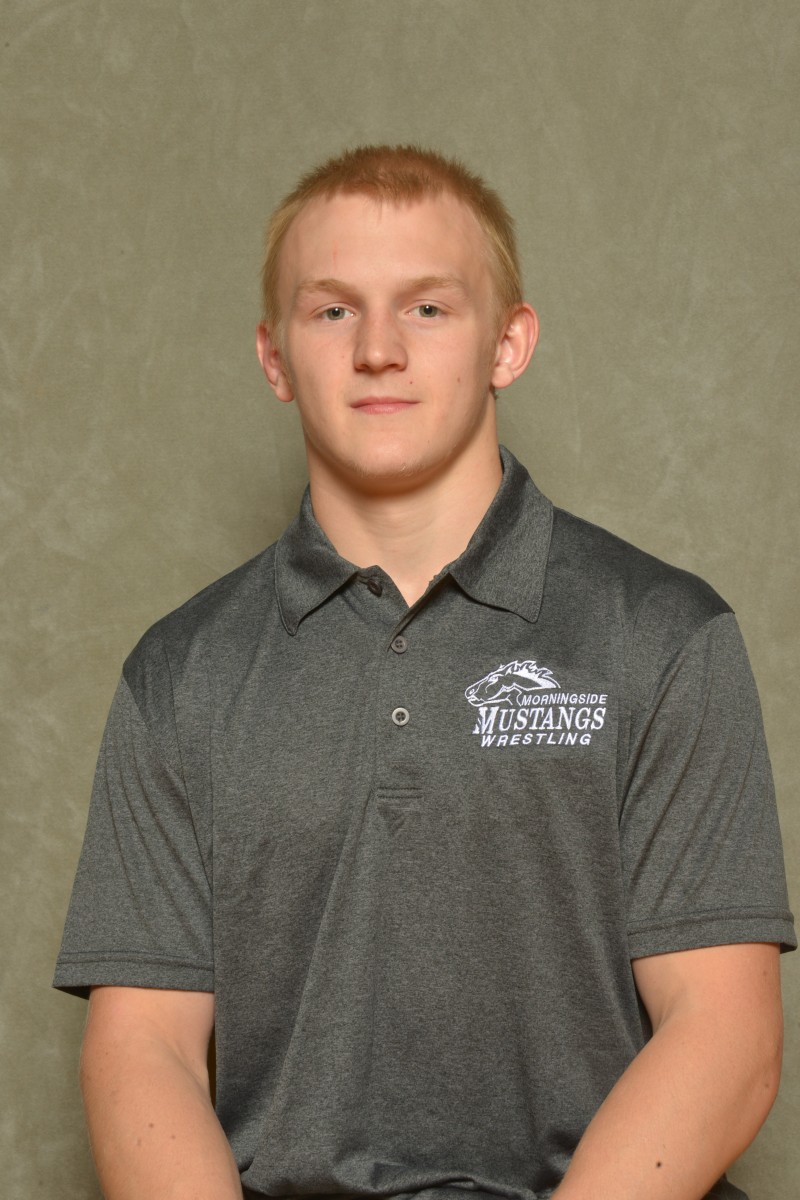 Dakota Drenth, a freshman from Hartley, Iowa, was the Mustangs’ top pin specialist with a team-high 11 falls en route to a 19-14 record.

Drenth and Keegan Hessler, a freshman from Scottsbluff, Neb., who had a 19-8 record with nine falls, were the top winners among the Mustang freshmen with their 19 victories. Hessler ranked second on the team with his nine falls and was the Mustangs’ co-leader with five victories by major decision. He also topped the team with 12 two-point near falls and 15 four-point near falls.

Erick Carrillo, a junior from Storm Lake, Iowa, had the Mustangs’ fastest pin of the season when he disposed of Central College’s Alex Dean in just 17 seconds at the Cornell College Invitational on Jan. 16 to finish four seconds off a school record for the fastest fall. Carrillo finished the season with a record of 9-12.

Keegan Williams, a junior from Lincoln, Neb., posted an 11-14 record and led the Mustangs with 13 reversals. Most of Williams’ victories were of the lopsided variety with four falls and a team-high three technical falls.

Logan Moore, a sophomore from Onawa, Iowa, had a record of 16-15 with four falls to rank fourth on the team in victories. Five of Moore’s triumphs came by major decision to match Hessler for team honors.

Morningside had a 6-4 record in dual meets during the 2015-16 season and finished second in the Great Plains Athletic Conference (GPAC) standings with a 5-2 league mark.