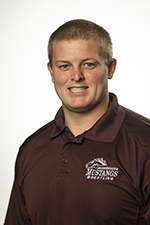 Kacmarynski and Pederson are both repeat selections on the All-GPAC First Team.

In addition to their four first-team selections, the Mustangs’ Jake Stevenson was named the Hauff Mid-America Sports/GPAC Wrestling Coach of the Year for the second straight year.

Kacmarynski, a senior heavyweight from Spencer, Iowa, has a 24-4 record with seven falls. He leads the Mustangs in victories with his 24 triumphs and was an individual champion at this season’s University of Nebraska-Kearney Open. Kacmarynski has a 97-44 record with 23 falls during his career to rank sixth on the Mustangs’ all-time victory list. 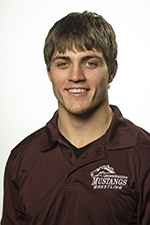 Lashbrook, a 149 lb. junior from Wellsburg, Iowa, has a 23-6 record with two falls. He joined the team in the off-season as a transfer from Ellsworth Community College. Lashbrook, the 149 lb. champion at the NAIA North Qualifying Group Tournament, has a 16-match winning streak since going 7-6 over his first 13 matches of the season. 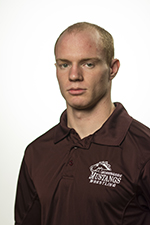 Langley, a 157 lb. senior from Sergeant Bluff, Iowa, has a 21-11 record with four falls. Langley has a 71-41 record with 18 falls during his Morningside career. 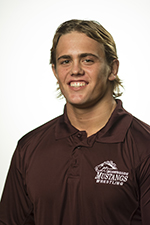 Ryan, a 133 lb. sophomore from Moville, Iowa, has a 16-5 record with four falls and was an individual champion at this season’s York College Open. He has a 14-3 record over his last 17 matches to raise his career record to 42-21 with 10 falls.

Morningside’s Joe Sievert, a 184 lb. senior from Akron, Iowa, was named to the All-GPAC honorable mention list. Sievert, the 184 lb. champion at last Saturday’s NAIA North Qualifying Group Tournament, has a 9-1 record with two falls this season. He has an eight-match winning streak since he suffered a 9-4 loss against Grand View University’s Jimmie Schuessler while competing as a 174 pounder. Sievert has a career record of 93-15 with 34 falls to rank seventh on Morningside’s all-time victory list.