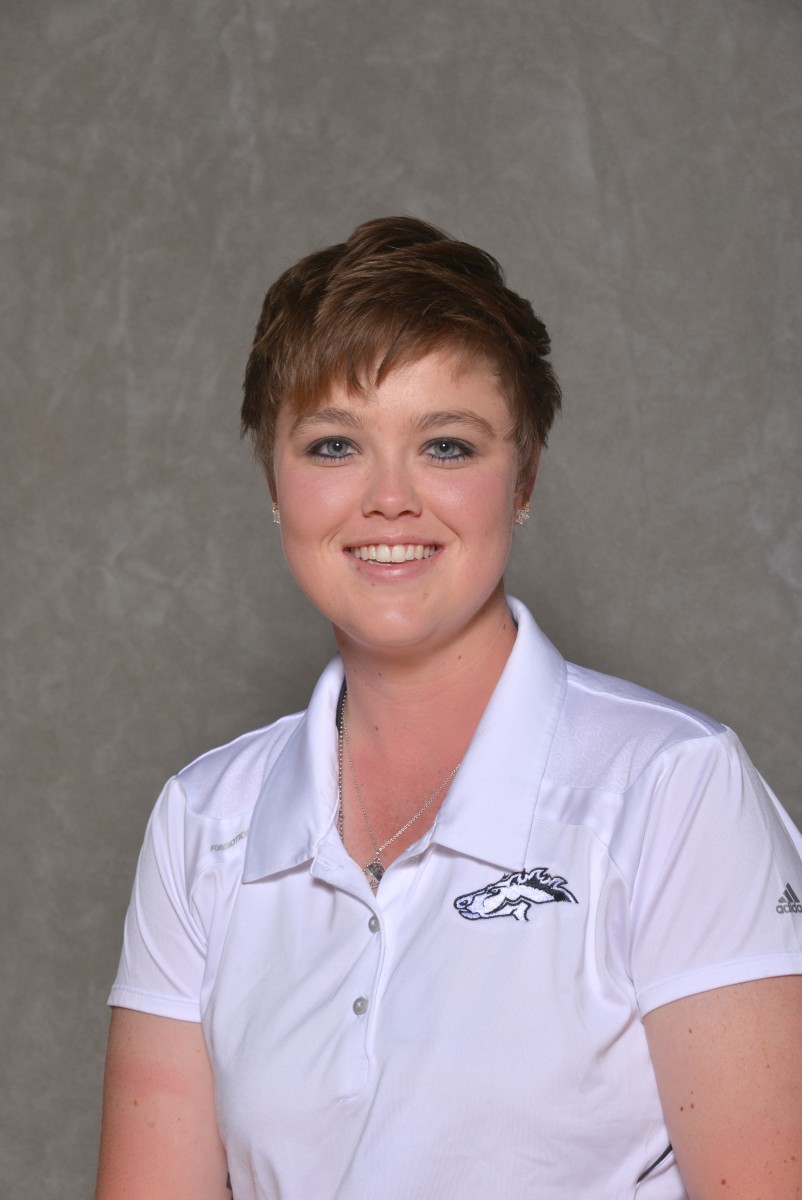 Caitlin Fieselman, a senior from Lincoln, Neb., had the top scoring average for the Morningside College women’s golf team during the 2014-15 season.

Fieselman had a combined 18-hole scoring average of 88.5 strokes over the Mustangs’ fall and spring seasons. She averaged 89.1 in the fall and topped the team with an 87.9-stroke scoring average in the spring. Fieselman had the Mustangs’ top individual score of the spring season with a 79 at Great Plains Athletic Conference (GPAC) Qualifier #4 held April 24 at Landsmeer Golf Course in Orange City, Iowa.

Jeicy Rivas Plata, a senior from Kissimmee, Fla., finished right behind Fieselman with a scoring average of 89.0 over the fall and spring seasons. She had averages of 89.6 in the fall and 88.0 in the spring. Rivas Plata was the individual medalist with a 90 to lead the Mustangs to the team championship at the Northwestern College Red Raider Spring Invitational on April 20 at Landsmeer Golf Course.

Callie Anderson, a senior from Sioux City, led the Mustangs with an 87.7-stroke scoring average during the fall season. She averaged 94.4 in the spring to finish with a combined scoring average of 91.1. Anderson carded the Mustangs’ top score of the fall season with a 79 in the first round of the Dakota Wesleyan University Palace City Classic on Sept. 12 in Mitchell, S.D.

The Mustangs finished the season in strong fashion with a first place finish at the Red Raider Spring Invitational and a runner-up showing at GPAC Qualifier #4 in their final two tournaments of the season.