Morningside College posted an 8-20 record and finished eighth in the Great Plains Athletic Conference (GPAC) standings with a 3-13 league record during the 2015 volleyball season. The Mustangs have a 197-114 record for a .633 winning percentage over the last nine seasons and have made four NAIA National Tournament appearances over the last eight years. 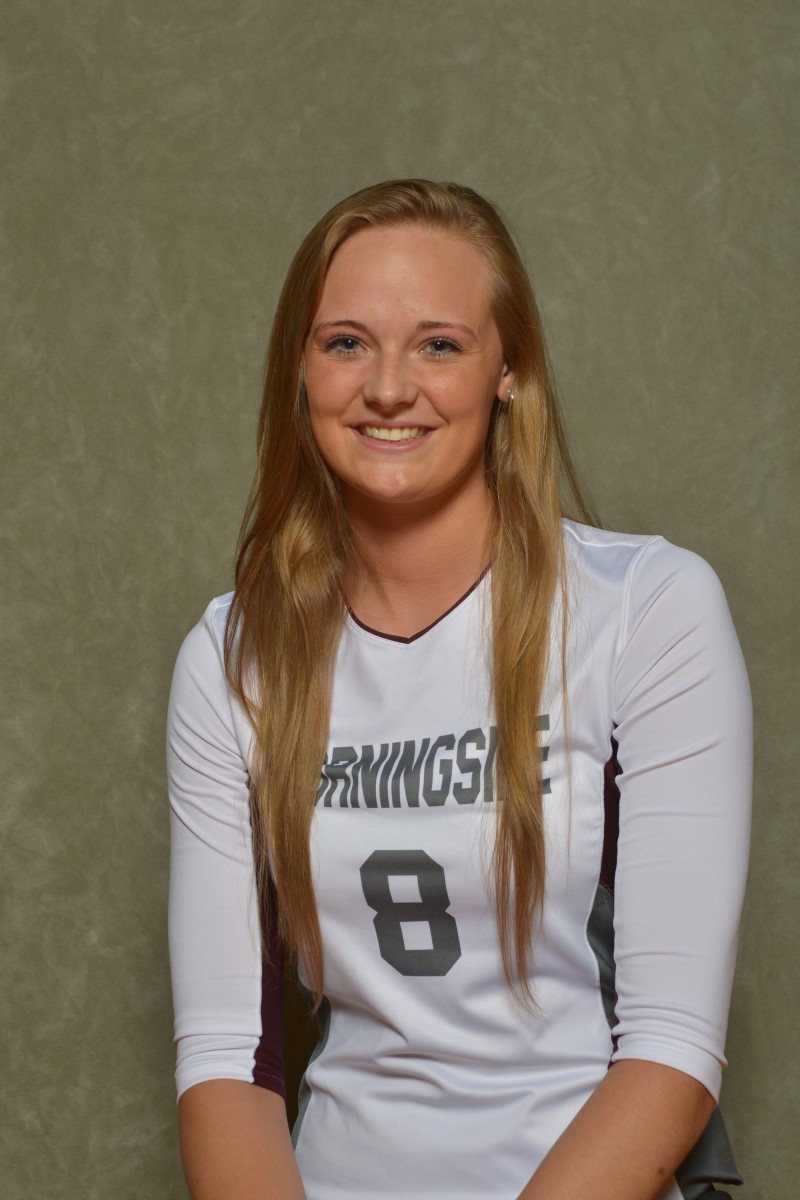 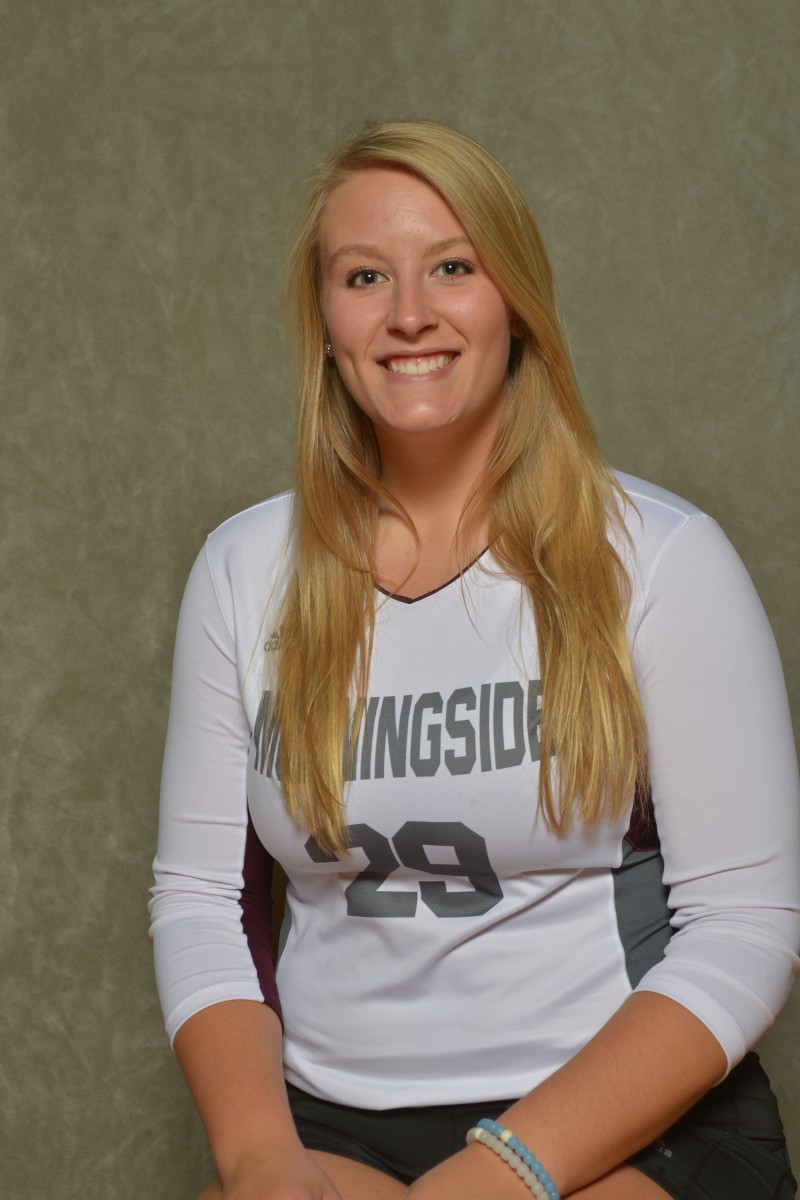 Bergmann slammed a team-high 231 kills and ranked second on the team with an average of 2.48 kills per set. She led the Mustangs in kills in nine of their first 10 matches of the season, including a season’s high 18 kills in a Sept. 9 match against Mount Marty College.

Bergmann and Buyert each had 11 double figure kill performances for the season to share team honors. 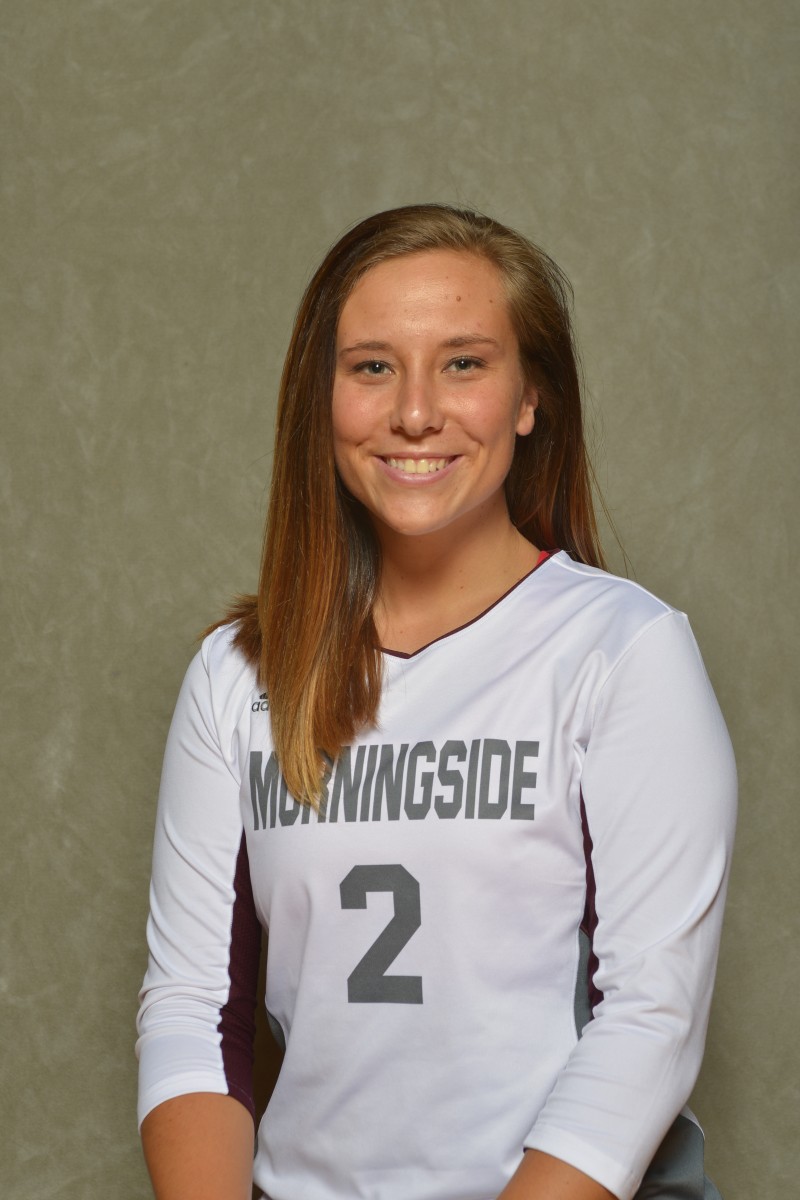 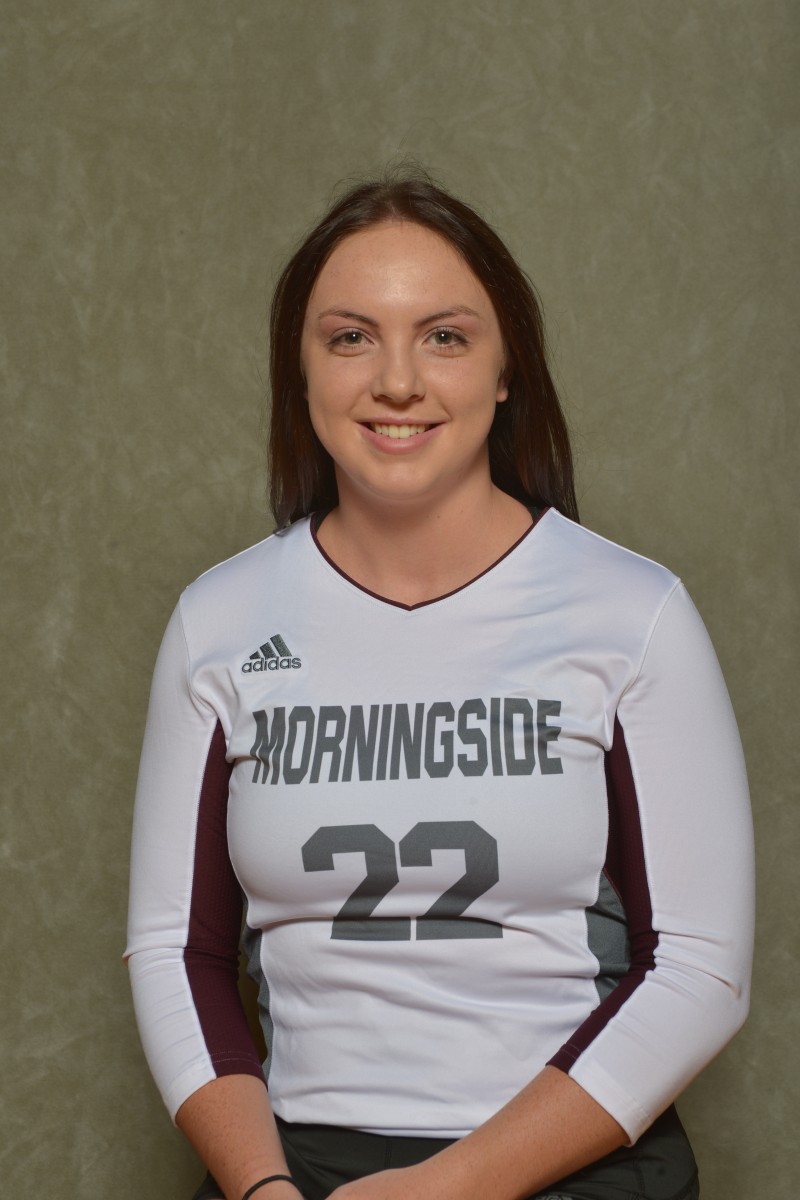 French came up with a team-high 289 digs and finished second on the team with an average of 3.21 digs per set. She had a season’s high 27 digs in matches against Dakota State University and Davenport University.

Gourley finished right behind French with 275 digs and topped the Mustangs with an average of 3.87 digs per set. Gourley had one of the top individual performances in Morningside history when she came up with 43 digs in the Mustangs’ 3-2 victory against Grace University on Oct. 17. The 43 digs was the second highest total in Morningside history behind a school-record 57 digs by Jericho Johnson against Briar Cliff University during the 2007 season. 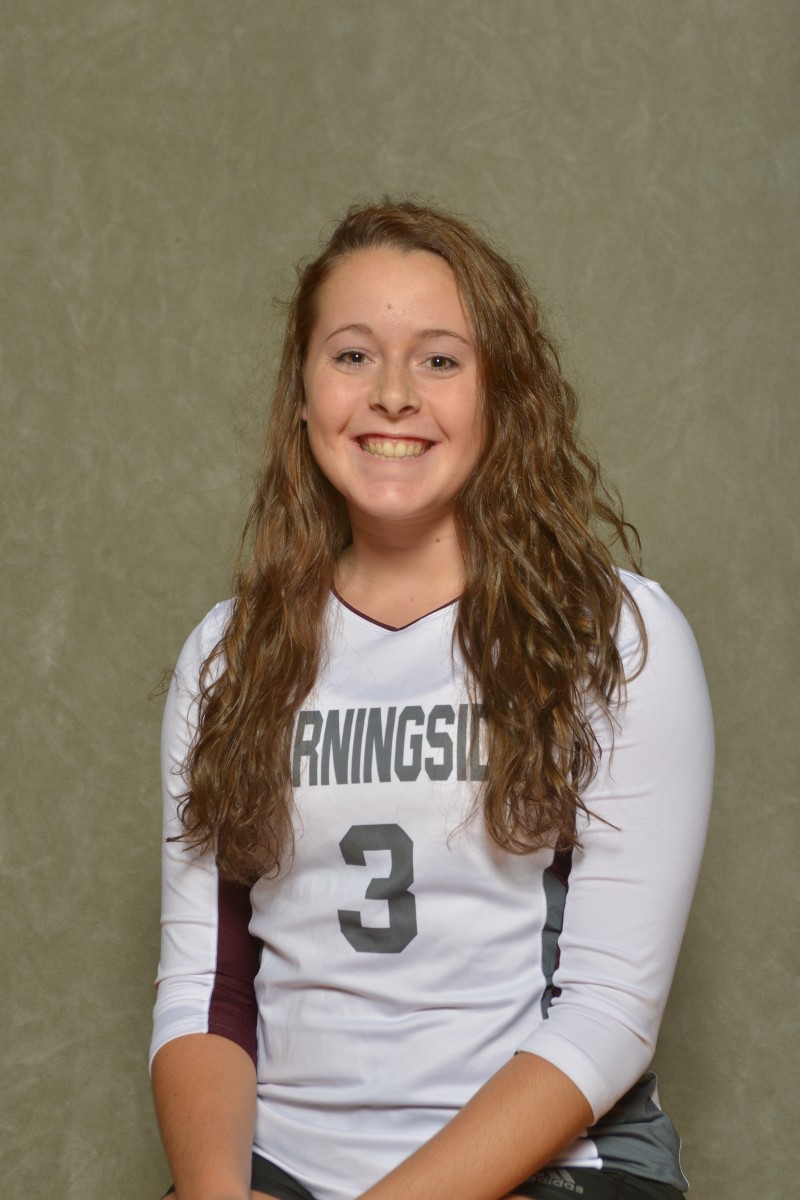 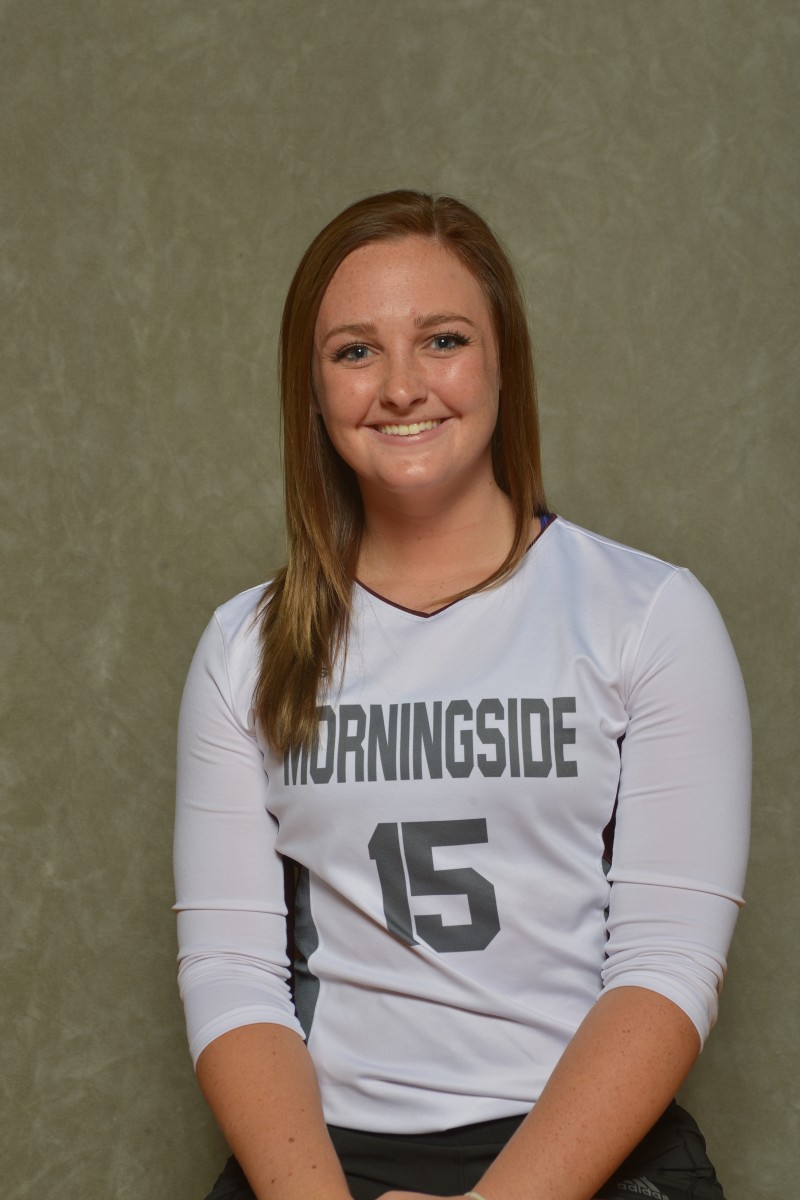 Torie Sykes, a 5-6 freshman setter from Sioux City, had the Mustangs’ top individual assist total of the season when she dealt 58 assists in the Mustangs’ Oct. 17 triumph against Grace. Sykes finished the season with 380 assists for an average of 5.14 assists per set. 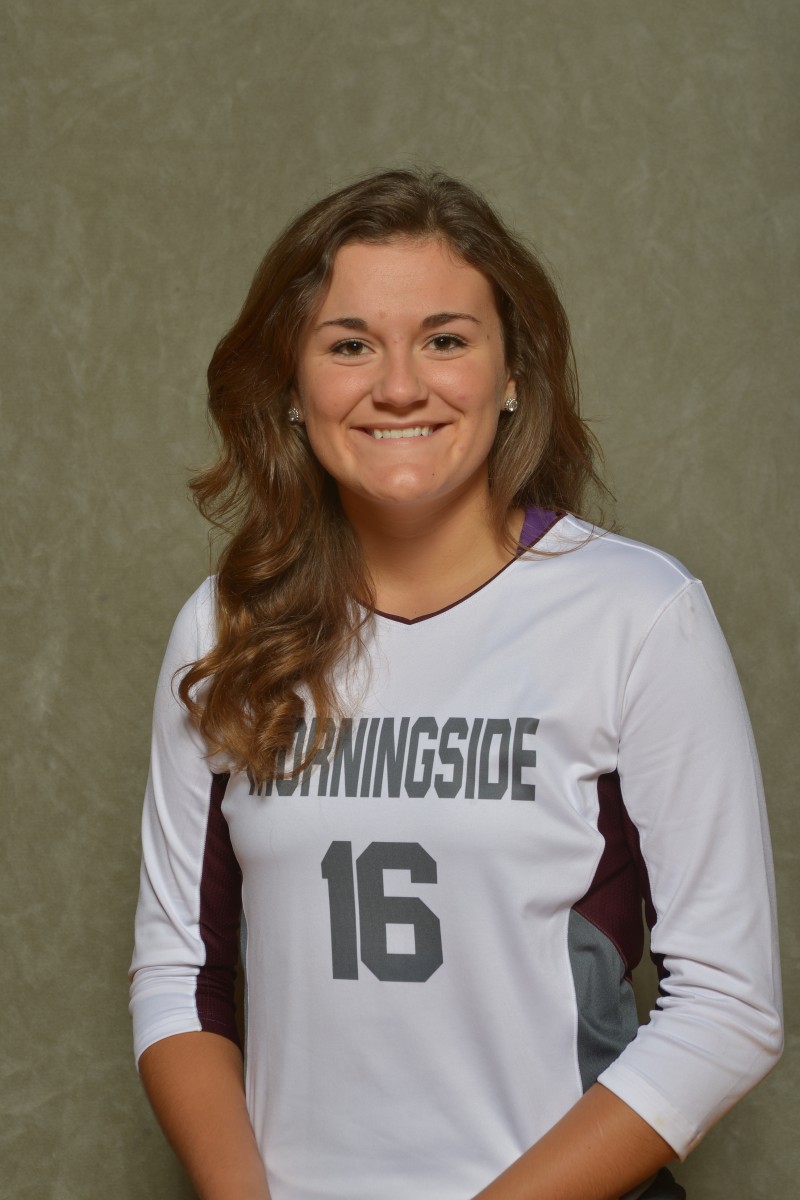 Aneisha Ford, a 6-0 sophomore middle blocker from Kearney, Mo., was the Mustangs’ top defensive presence at the net. Ford led the Mustangs with 16 solo blocks and 77 block assists for an average of 1.03 blocks per set.

Ford had a season’s high eight blocks in matches against Grace, Nebraska Wesleyan University, and Northwestern College, while Bergmann also had eight blocks against Grace for the Mustangs’ top individual blocking efforts of the season.