Originally farm kids from the Midwest, Oregonians Becky (Boese) Pape ‘78 and her husband Tom Pape ‘77 met more than four decades ago as students at Morningside. While their personal and professional paths led them beyond Siouxland, their friendships and memories of Morningside stand the test of time and help the Papes maintain a connection to their alma mater.

Sioux City native Tom came from a long line of Morningsiders including his parents, several aunts, and his brother Jeffrey Pape ‘79. Like Tom and Becky, Tom’s parents Yvonnie (Yanney) Pape ‘53 and E. William Pape, who later earned a degree in 1971, also met at Morningside. Yvonnie even served as the president of the Morningside Alumni Association. 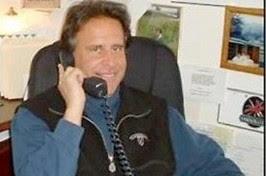 Tom Pape in the early days of his company.

Though Tom started at the University of South Dakota, he returned to his Morningside roots thanks to strong friendships and interest in Morningside’s business program. Tom and his brother Jeffrey played tennis for Larry Mason, longtime men’s and women’s coach who retired as head coach in 2019 and later returned to Morningside as an assistant tennis coach. After graduating from Morningside, Tom began his career with farm equipment distributor Lely Pacific, where he was instrumental in bringing in Kioti Tractors from Asia, and eventually became president of the organization before relocating to Oregon to join grass seed company Seed Research. After earning a Master of Business Administration from the Portland State University School of Business in the early 2000s, Tom and his business partners started Columbia Seeds. Fast forward 20 years and a company that started with just a phone to its name has become a successful international enterprise that sold a portion of their proprietary turfgrass program to The Scotts Company in late 2020.

“We worked hard and took a lot of risks,” Tom says. “But we’ve built a substantial company that I’m very proud of.”

Becky went to high school in Albert City, Iowa, a small town a little more than20 minutes from Storm Lake, and chose Morningside because it was a nearby nursing school. Though she also grew up in a farming environment, Becky always felt drawn to caring for people and realized she wanted to be a nurse in elementary school. A first-generation college student, her parents supported her goals. She felt proud to get into Morningside’s nursing program where she enjoyed spending time with her friends in the sorority Alpha Omicron Pi and learning from experienced professors like Maud Adams, former chair of the nursing department and influential leader in the early days of Morningside’s nursing education program.

“Maud Adams was someone I admired greatly - she went through so much in her life and was one of the founding instructors at Morningside,” Becky shared. “She was an amazing lady and students today may not realize just how instrumental she was in building the program we see today.”

Becky began her career at MercyOne and UnityPoint-Health St. Luke’s in Sioux City before relocating to Oregon with Tom and becoming an ICU nurse at the Good Samaritan Regional Medical Center. She spent time as a teacher and nurse and later earned her Master of Public Administration degree from Portland State University. She returned to Good Samaritan and held key leadership roles before being named CEO in 2015, a position she held until the fall of 2020 when she chose to retire after 42 years in healthcare.

“I continued to expand my professional horizons as the years went by and I don’t know that every career can offer you that but nursing and healthcare does,” she said. 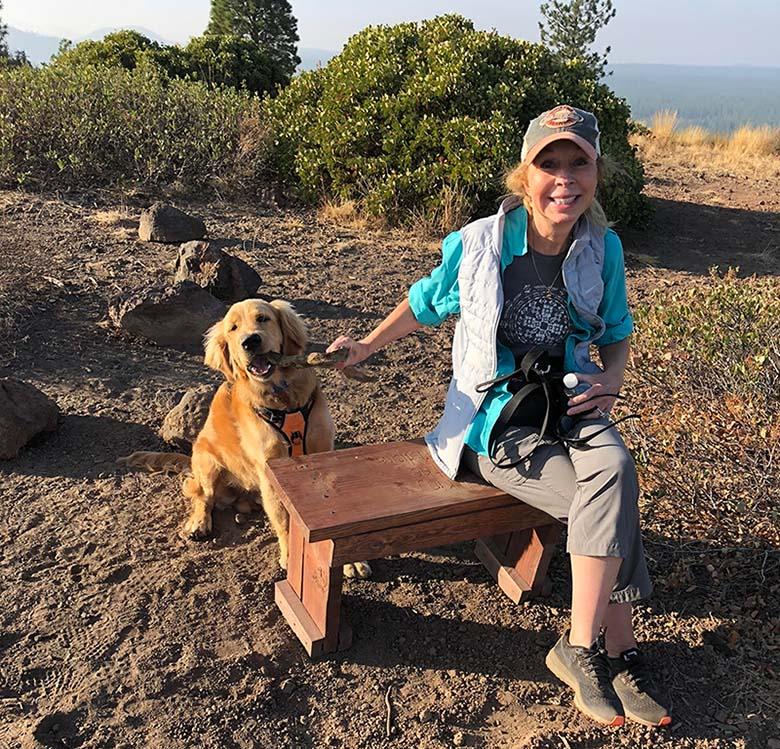 Becky Pape with their dog.

Like Becky, the nursing program at Morningside has also expanded its horizons with the Master of Science in Nursing degrees along with offering Post-Bachelor’s and Post-Master’s certifications and the Doctor of Nursing Practice program. Becky says the addition of these programs is the way to go as nursing education prepares the next generation of healthcare professionals and leaders.

Morningside Proud From 1,000 Miles Away

Looking back now, both Tom and Becky attribute their success to the strong foundation they got at Morningside and the connections they made during their time here. Becky says that some of their closest friends to this day are from Morningside and they still see them regularly even though they have all moved around since then.

Though the Papes haven’t had the opportunity to see Morningside’s more recent campus transformation since moving to Oregon after graduation, Becky caught a glimpse of the nursing department’s new home in May 2021 while catching up with friend and fellow alum Kris (Sargent) Noreen ‘80.

“We were in the basement of the oldest building on campus back when I was in school,” she said with a laugh. “So it’s fantastic to see all the renovation and development of the campus over the years.”

While the COVID-19 pandemic disrupted their plans to visit campus for Homecoming 2021, the Papes are looking forward to visiting the place where it all started and reconnecting with the university.

“I would remind students in the first four years of their education to treasure this time because it goes so fast,” says Becky. “For us, Morningside was responsible for a great, foundational education and lifelong friendships that have continued to this day.”