What started out as just a couple of friends getting together to play their favorite songs in a basement in downtown Sioux City eventually became a cover band playing sold-out shows at the Marquee.

Above the Covers, a local cover band, was first formed in late 2019 when a group of guys that includes three Morningside alumni began meeting to share their common interest in covering popular songs. In the summer of 2020, the band decided it was time to put on their first show.

“I don’t think any of us really had any expectations when we first got together to jam. Eventually we started thinking, maybe we could actually put on a decent show. So we reached out to Buffalo Alice and had our first outdoor gig in June 2020, and it was a blast,” keyboard player of the band and 2016 Morningside grad Carter Huggins said. 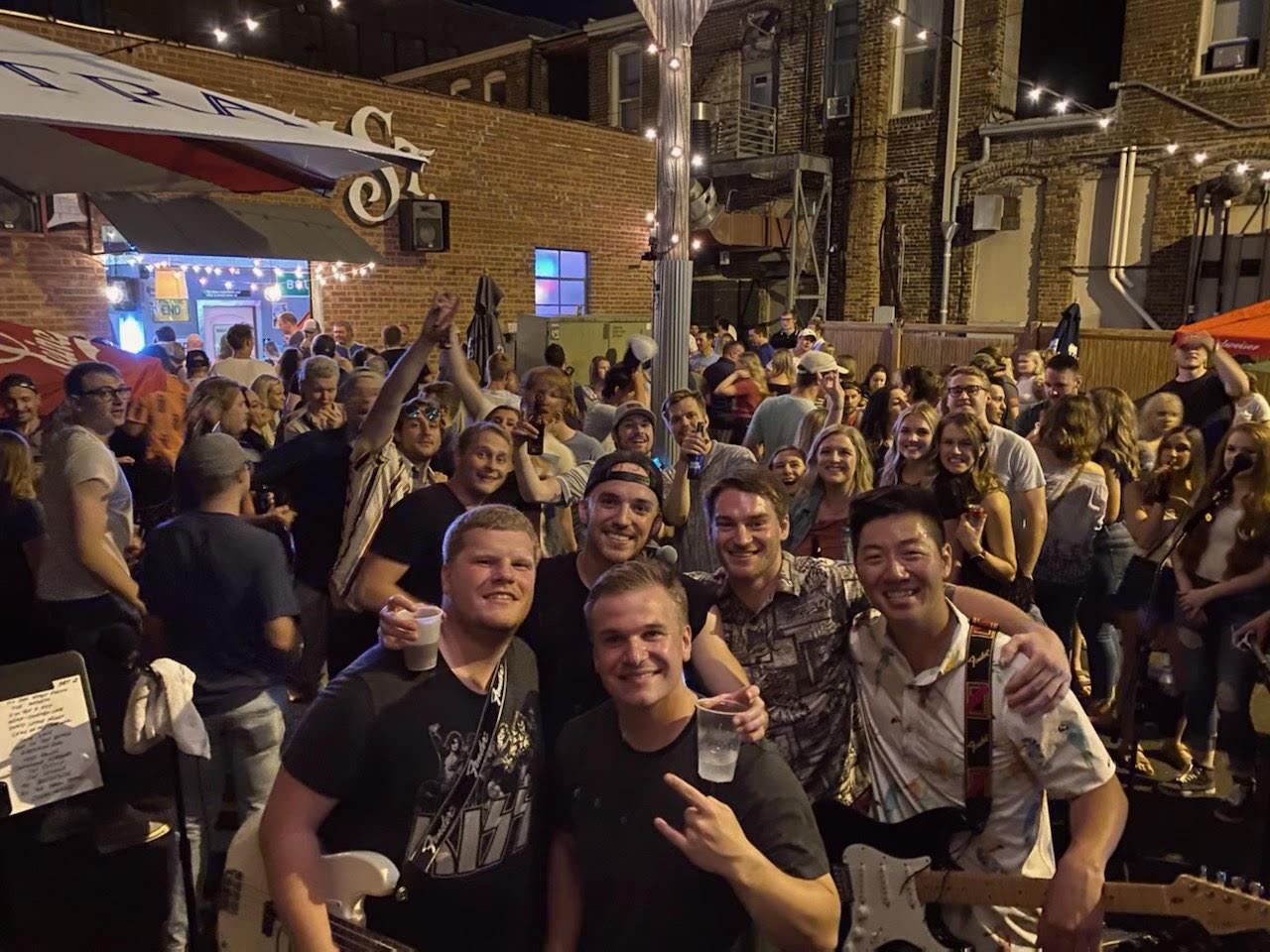 They have now played all around the Tri-State area, places including Buffalo Alice, The Marquee, Hawk’s Coffee Shop, and Stringers Bar. As their popularity grows, they have also begun booking private events, such as weddings.

“We mostly play at bars, but we’re about to play a couple weddings this year. We just love rock so much that brings a lot of nostalgia for people my age. When we play it for them, we can see happiness on their faces,” vocalist and 2017 Morningside grad, Blake Meacham, said.

The musical group describes their music as “party music” - a mix of pop punk, classic rock, pop, and a little bit of country. Meacham was approached by Nate Glisar, a 2018 Morningside grad and the drummer of Above the Covers, to see if Meacham had any interest in joining a rock cover band that covers mostly 2000’s and 90’s rock music.

“That was an immediate yes for me. I grew up on that music, singing it in middle school and high school but never having the opportunity to perform it for people that love it as much as I do,” Meacham said. 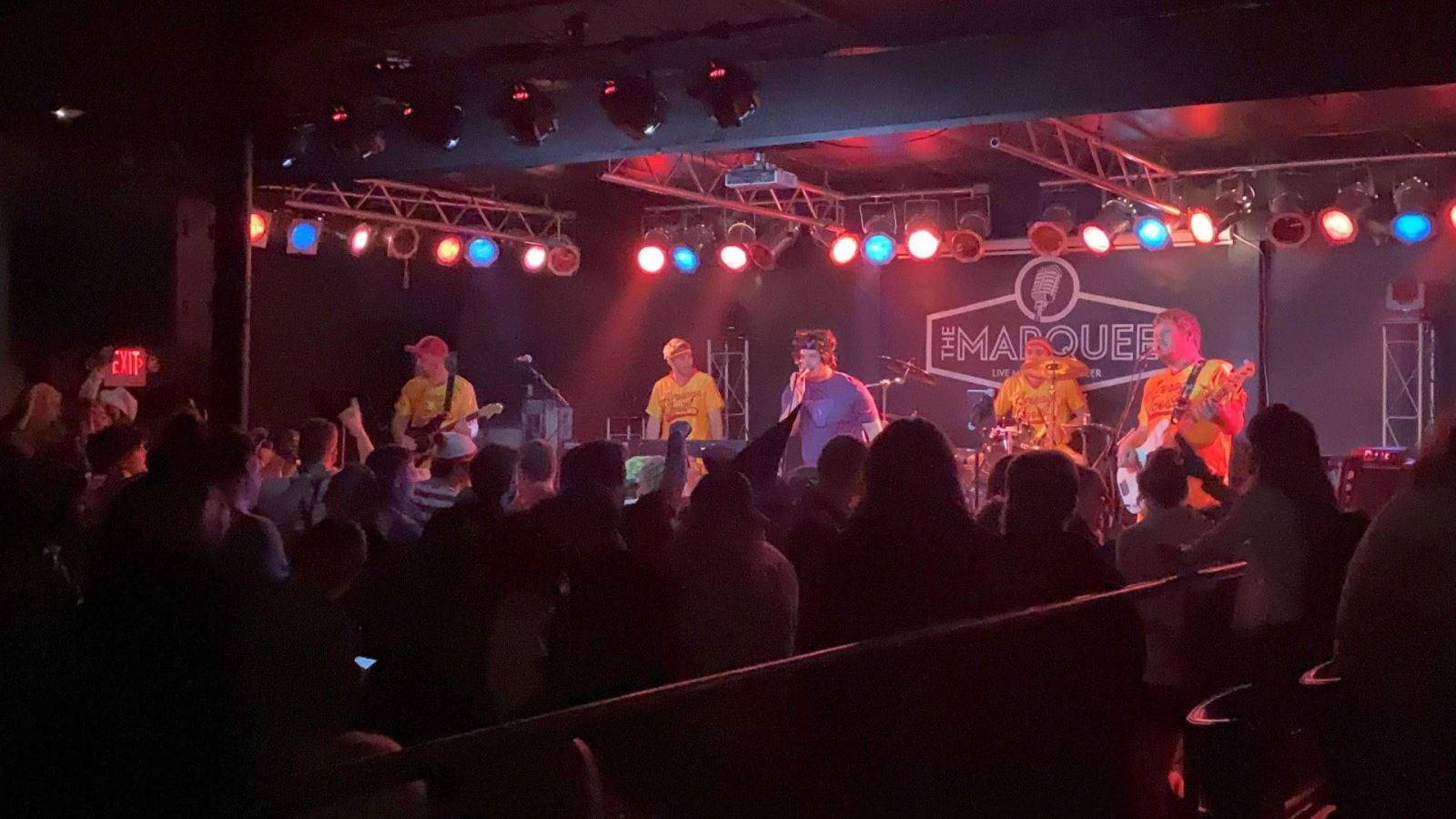 Meacham’s current full-time job is an account executive at KTIV Channel 4. Both Glisar and Huggins work at Great West Casualty Company in South Sioux City, where Glisar is an underwriter and Huggins is a predictive modeler. Even though they all had different majors and were involved in other activities while at Morningside, the common interest of music brought them together. For all three of them, the band is a way to let loose and have a good time playing music that they enjoy.

“We always keep the crowd in mind and what they would like to hear, but we truly play the music we love. We remind ourselves that if we’re having a great time, then the crowd will, too,” Glisar said.

As of right now, Above the Covers is not too worried about the future, as they are just looking to share their passion for music and create memories along the way.

“We want to continue having fun and making new friends with every sow we have. We always joke how the Super Bowl Halftime Show for a cover band would be to play at Miller’s Bay on the 4th of July in Okoboji,” Glisar said. 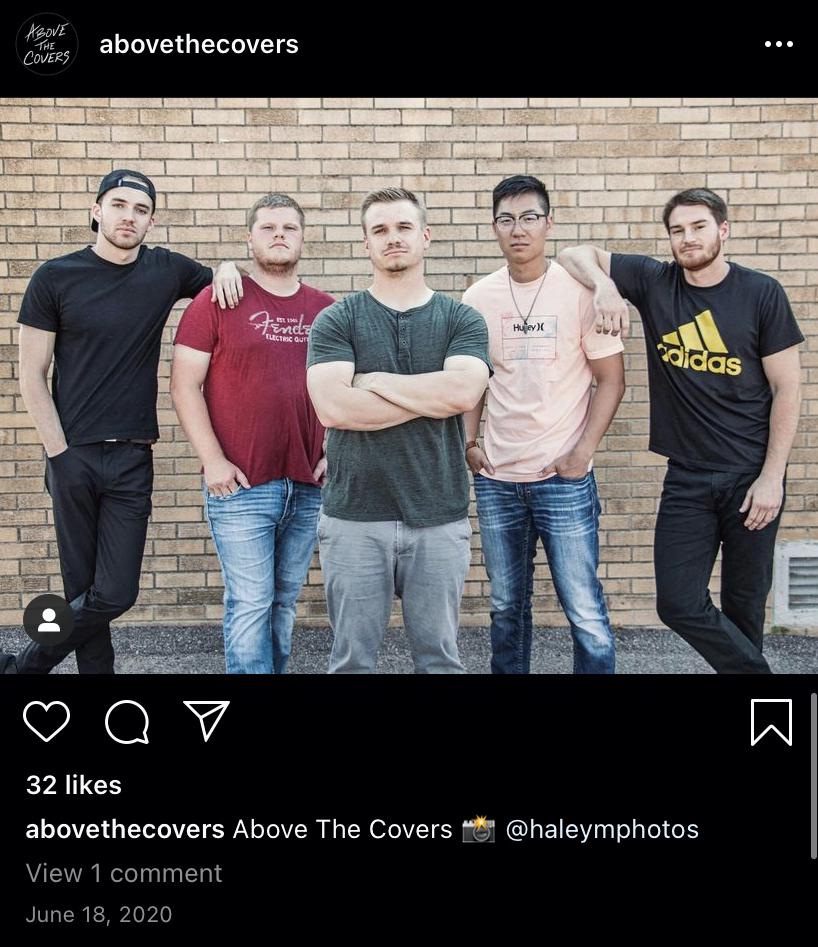 For students looking to pursue music, Huggins encourages them to take advantage of the music program here at Morningside, especially if they are interested in piano.

“I had the privilege of learning from Dr. James March and it was the best experience I have ever had with an instructor. Not only was I pushed to improve my technical abilities beyond my expectations, but I was motivated and became a better person,” Huggins said. “A fantastic mentor, an incredible pianist, and just all around a great person. I cannot say enough good things about this man.”

Above the Covers encourages people to follow their Instagram page and Facebook page to learn about upcoming gigs and new music. By following the band, people will also get a chance to meet the other two members: bass player Robbie Neswick, and guitar player Evan Kaler, who bring a lot of energy to their shows. The members also encourage anyone looking for a band to play at an upcoming event to reach out to them via social media, as they play just about everywhere.