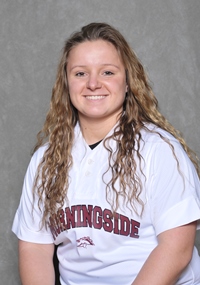 It looked good for Morningside for almost six innings before second-ranked LSU-Alexandria rallied for three runs in the last two innings to turn back the Mustangs 3-2 in Monday’s first round play of the NAIA Softball National Championship tournament in Columbia, Mo.

The Mustangs (30-13) will try to stay alive at the four-team Columbia first round site double-elimination tourney when they face Columbia College (30-17) on Tuesday in a 1:30 p.m. loser’s bracket contest.

The unranked Mustangs threatened to stage a major opening round upset when they took a 2-0 lead into the bottom of the sixth inning against a LSU-Alexandria team that was riding an 11-game winning streak and had an 11-2 record against teams in the national tournament field.

The Generals entered the contest with a hefty .378 team batting average, but were held in check by Morningside ace Jordan Johnson for most of the game before they broke through with two runs in the bottom of the sixth to tie the score.

LSU-Alexandria, which had only one hit through the first five innings, scored the game winning run in the bottom of the seventh when Heather Bunn hit a leadoff double and pinch-runner Alexes Sepulvado scored from third on a one-out infield single by Kaylee Prather. 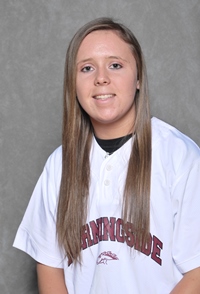 Neither team scored through the first three innings before Morningside used back-to-back doubles by Kayla Salonen and McKenzie Anderson with two outs in the top of the fourth inning to take a 1-0 lead. Salonen struck the first blow with a double down the right field line before Anderson doubled to deep right center to bring Salonen home.

LSU-Alexandria threatened in the bottom of the fourth inning when Taylor Simon singled with one out for the team’s first hit and the Generals eventually loaded the bases before Johnson struck out Jaci Trahan swinging to end the threat.

The Mustangs scored with two outs again in the fourth inning when Kristina Neumann blasted a solo home run off the Generals’ Logan Hebert to make it 2-0.

The Generals staged a two-out rally of their own in the bottom of the sixth when they scored two runs to tie the score at 2-2. Julinn worked Johnson for a two-out walk and scored when Granados Raquel doubled to deep left center. Casey Corcoran pinch-ran for Raquel and scored the tying run on a RBI single by Trahan.

Aside from the home run by Neumann and the doubles by Salonen and Anderson, the Mustangs also had singles from Johnson, Taylor Daas, and Kati Steffen. Daas' hit, a leadoff single to start the game, extended her hitting streak to nine games.

Hebert pitched a six-hitter with one walk and seven strikeouts to get the win and stay undefeated at 18-0.