In high school, I was never technically considered a “student athlete.” At least, not after my sophomore year. I played golf for two years, but then I quit to pursue bowling. Bowling wasn’t a high school sport in Montana (and believe me, we tried to make it one) and so I never really understood what it meant to play for your school while still doing school work.

I originally picked Morningside because of its fairly new bowling program, my connection with the coach, and (of course) its home-y feel. But bowling was my BIG, BIG reason for coming here. I wanted to be a part of a team, and I wanted to do something important on said team.

So, there I was. Entering a team setting for what was (technically) the first time. I was so not prepared for what that meant. Homework on the buses/vans; homework in the hotel; homework on my phone screen in between games at the bowling center.

It became a game of “how can I best juggle everything I need to get done?” My Saturdays were spent in different bowling centers from 9 a.m. to 6 p.m. (or thereabouts). Sundays: 7:30 a.m. to 1 p.m. with an immediate rush to the bus after. We always get back around 8 or 9 p.m. on Sunday nights. Usually, we’re exhausted.

Sometimes, taking Monday off seems like the best thing. Other days, that just means I’d be even more behind. 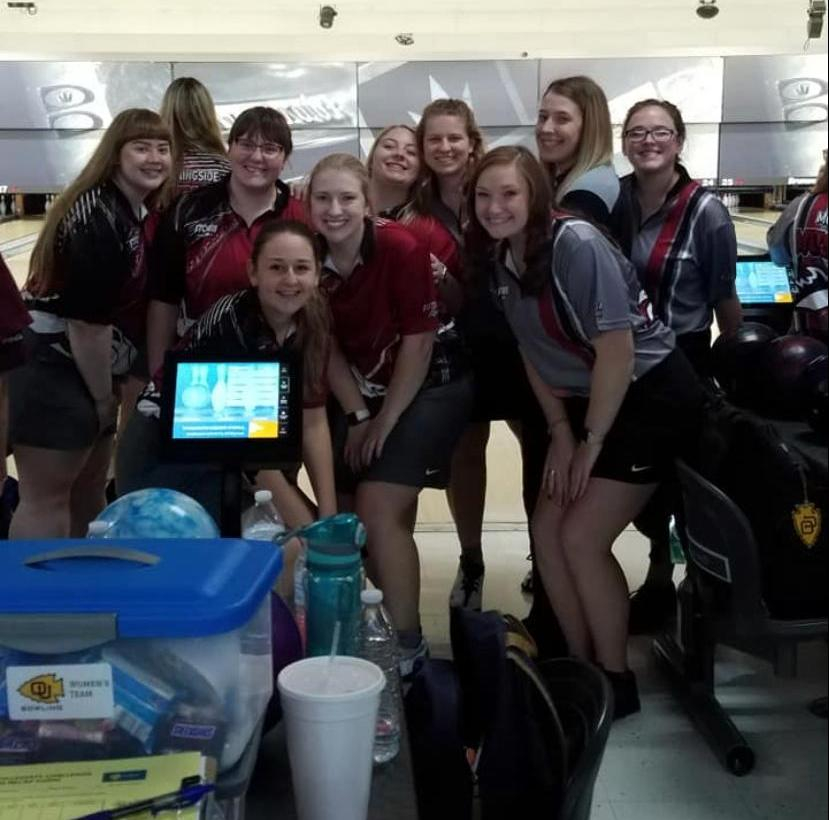 Flash forward to today: I’m currently taking 18 credit hours while working two internships and a job at the writing center. I’m a DJ on KMSC, the President of Sigma Tau Delta, the editor-in-chief of The Morningside Review and Kiosk, and I also try to maintain a social life.

Oh yeah, and I go to practice Tuesday through Thursday, travel Friday, and compete Saturday and Sunday. Basically every week. September through March.

Since coming to Morningside, I’ve learned that student athletes are some of the strongest people I know. They are constantly tired and terrified that drinking too much coffee could show up in a drug test (I’m only sorta kidding). They’re navigating the “real world” and classes, as well as the playing field.

Above all, they’re consistently giving their all to their teammates, their sport, and their college. Student athletes make up a majority of the campus here at Morningside, so everyone understands the struggle.

It’s not easy (I mean, college isn’t easy in general) but it is rewarding. Who wouldn’t want to sport that black and maroon, wear that national championship ring, or hold that GPAC champions sign? C’mon; being a student athlete is one of the best things in the world.