I think it’s safe to say that KCACTF accomplishes its goals. Many Morningside performers have said that KCACTF is their favorite week out of the whole year. And it’s no wonder—the networking, auditioning, performing, and workshop opportunities are out of this world. Here were some of my favorite workshops (among the scores of them!) from this year’s conference:

Writing Verbatim - Plays of the People, for the People.
Theatre, by nature, often attempts to speak for people by creating characters generated in the mind of the playwright. Verbatim Theatre, or Documentary Theatre, speaks for the people by using the stories of people word for word, to tell the truths that are some of the hardest to hear. This workshop will explore what Verbatim Theatre is, and how to approach it as a writer. Led by Ben Gonzales, University of Central Missouri, KCACTF Region VII NPP Chair

Gruesome Theatre Injuries: Safe Approaches to Stage Violence
Ever been injured in a stage fall? Tired of being slapped in the face on stage? Learn and practice safe and effective techniques to sell stage violence to your audience WITHOUT the battle scars to show for it. Explore the sounds and lingering pain of violence to aid effective storytelling. Open to all skill levels. Taught by a Recognized Society of American Fight Directors Actor/Combatant, 2017. Led by Brandon Brockshus

Women in Musical Theatre
This lecture-based workshop will provide an overview of the often overlooked contributions of women in writing and composing of American musicals. Anyone who directs, performs in, teaches about, or attends musicals will expand their knowledge of musical theatre beyond the canon of male creators. Led by Joe Stollenwerk

From Text to Body: Tools for Building the Character
In this participatory workshop you will select, analyze, physicalize the personality, create the active body and voice of a character, and explore the character in action. Led by D. Scott Glasser

Every year that we’ve attended the conference, Morningsiders have earned hard-won spots in prestigious cabarets and competitions, but this year was different. You see, this year, Morningside swept.

This was my third year at the festival alongside most other Morningside performers, but it feels in a way as if the past two years were all gearing up for the big event. We got our footing in the larger world of collegiate theatrical performance, design, and writing, and now 2019 was our year to take the stage. 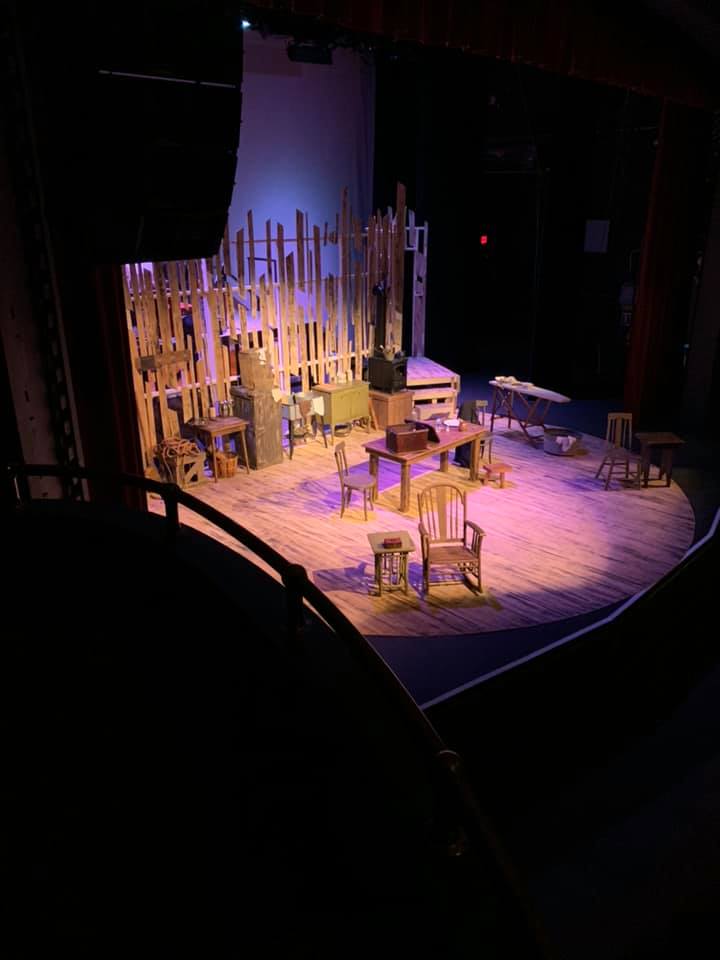 Trifles’s nomination ended up coming to fruition. Focusing on two Midwestern women in the early 1900s hiding the murder of a mutual friend’s husband to keep her from being convicted, the show featured original writing, original music and lyrics, and original adaptation and staging by Morningside students. We were elated: we got to bring Trifles on the road and perform in front of hundreds (if not upwards of one thousand!) audience members. What a way to go out on senior year. I had never been on a stage that big!

Additionally, two of our nominated Irene Ryan competitors went on to the second round of the competition. In the first round, there were 300 talented performers; in the second round, there were 30. That means that 1/15 of the individuals in Round Two were Morningsiders. Not too shabby! On top of this, Joey Volquartsen, a December 2018 Morningside graduate, received two callbacks from professional theatre companies after her round of auditions.

As if this wasn’t enough, Morningside students were given a massive amount of individual awards. These were:

That’s not all. There was one final, prestigious award that Morningside won: the Golden Handcart Award! This wild- 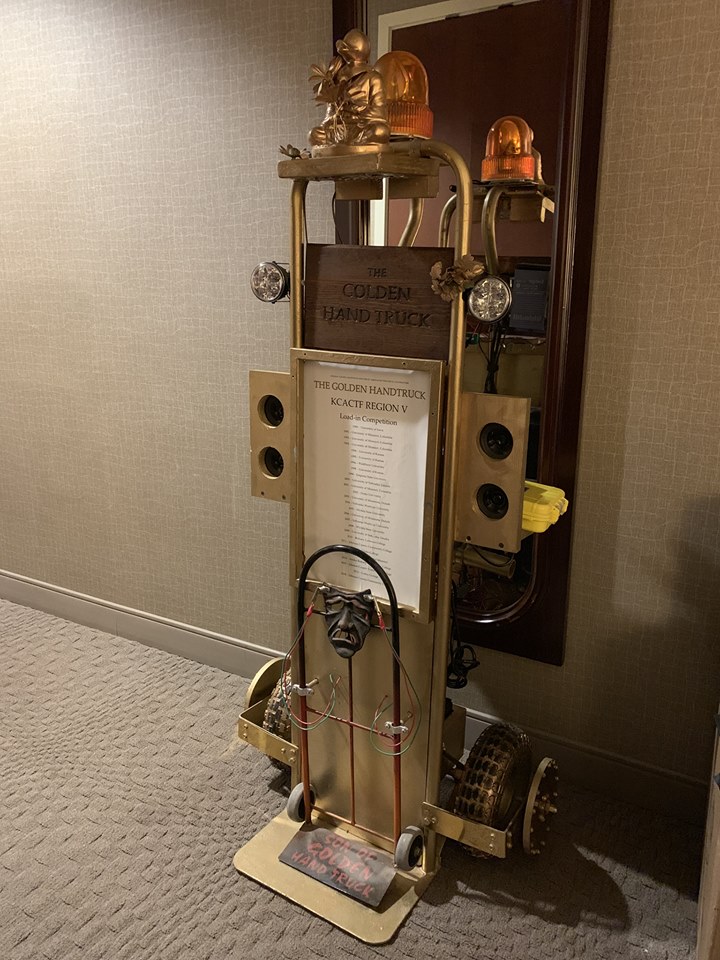 looking award is given to the invited production with the safest, fastest, most cohesive, well-planned, well-communicated, and most professional load-in and load-out of their production. (See, when your show is invited to perform at the conference, you have a mere matter of hours to build the set and take it down again!) Trifles won, and the respondents who gave us the award said that we put larger schools to shame, proving the professionalism and quality of the technical theatre education here at Morningside. Now we need to add something onto the award and bring it back next year. It already has a fog machine and strobe lights, and it’s painted gold. Any ideas for what we should do to it?

At the end of the day, there’s only one way to say it: this was one of the best possible ways for me to graduate from the Morningside theatre program. I’m going out into the world after May 2019, and I feel completely prepared. And at the same time as I feel nostalgia and remorse that I’m leaving the Performing Arts Department just as things are picking up and getting so hot, I’m thrilled because I know what a good setup this is for all Morningside performers to come. After all, as every person who attended the KCACTF conference now knows: don’t sleep on Morningside.