Reverend Darrell Mitchell ’51 attributes much of his success in his track career to his faith and time here at Morningside College. 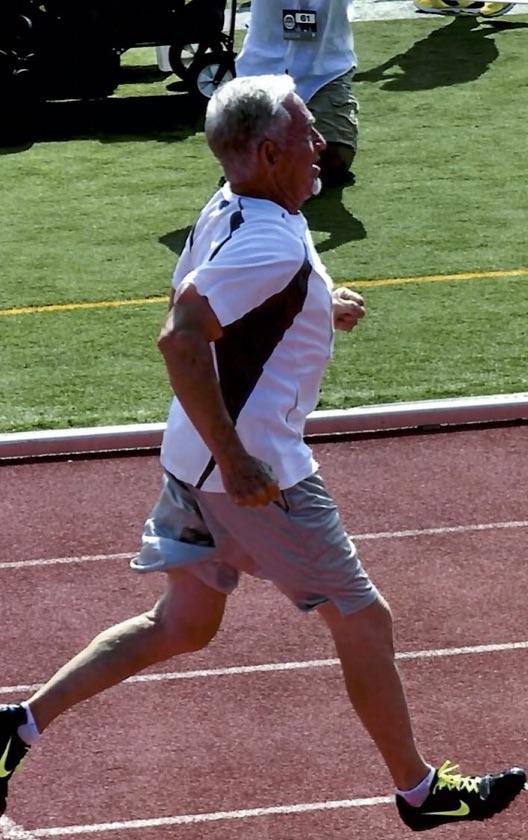 Mitchell grew up in a home that was full of love, but it wasn’t until he began high school that his family became more serious about their faith. For Mitchell, it was as simple as saying grace at the dinner table with his sister to begin making faith more intentional. This moral growth continued all the way his senior year of high school when Mitchell gave his life to God and was called to go into ministry.

“It was Rev. John Ackman who helped me get enrolled at Morningside College. I chose [it] over any state institution because of their Christian values. With a faculty holding moral values and Christian organizations on campus, it built confidence in my life,” Mitchell said.

During his time at Morningside, Mitchell was a part of the religious student group, Kappa Chi. His understanding of the Bible grew, and he treasured the annual week of special chapel services the school offered. He was also given the opportunity to meet with Dr. Roadman, the president of Morningside, who gave him the book “The Ultimate Futility”.

“Dr. Roadman played a big part in making me think about making this a better world to live in. Mahatma Ghanaian, the great leader in India once said, ‘Be the change you wish to see in the world’,” Mitchell said.

Mitchell’s spiritual life was not the only part of his life that was cultivated while attending his undergrad. During his time at Morningside, his track and field career also flourished.

“In my senior year, I ran the 880-yard run in the North Central Conference Track Meet. I came in fifth place, with a time of 2:02. I earned my Morningside track letter that day,” Mitchell said.

When thinking back to the most memorable parts of his time on the track team, Mitchell recalls the relationships and support system he built. One particularly important relationship was a mentorship with Morningside Track and Football Coach George Allen.

“Coach Allen would always time me when running a 600 meter. He helped me to develop confidence in myself,” Mitchell said.

After graduating from Morningside, Mitchell attended Wesley Theological Seminary in Washington D.C. and then went on to do two years of clinical pastoral education at Topeka State Hospital in Topeka, Kan., and another year at the Methodist Medical Center in Kansas City, Kan. During his continued education, Mitchell’s love for track persisted. He continues to run and receive awards to this day.

In addition to a long list of awards, Mitchell has been named to the Iowa Senior Games’ Hall of Fame. Underlying it all is his persistence in overcoming challenges he has faced throughout his career, including recovering from a torn hamstring in his right leg when he was 86 years old.

And ever since his recovery, Mitchell has done nothing but thrive in his running career. 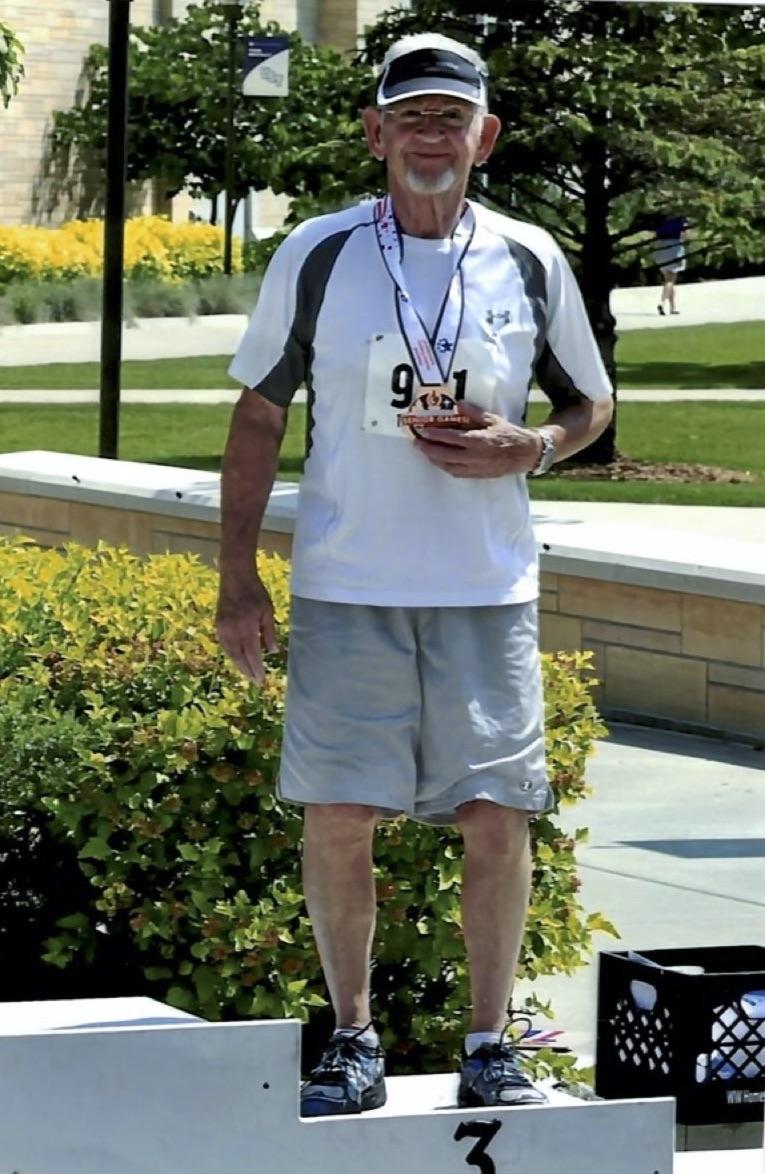 “When I was 90, I ran in the National Senior Games in Albuquerque, N.M. I won two gold medals in the 200 and 400 meters. When I crossed the finish line it was like my track coach, [Coach] Allen, was telling me ‘Come on, Mitch, you can do it,’” Mitchell said.

During this race, Mitchell decided to wear a special t-shirt that said, “Blessed are the peacemakers” and the verse Hebrew 12:1 to express his faith in a creative way. His wife and family members joined the celebration by wearing red shirts that said “Run, Darrell, Run”.

Mitchell has three values he lives by: working towards a peaceful world, treating his body as if it is a temple of God, and letting Christian hope enter into his life even when things do not go just right.

“With this kind of faith, endurance, and not giving up, has made [it possible for] me to become a national gold medalist,” Mitchell said.

His values not only allowed for his accomplishments on the track but also transferred to his work in social justice. In 2011, he was awarded the special award from the Methodist Federation of Social Action, of the United Methodist Church, in the Iowa Conference for his work in bringing peace and social justice in Israel, which he says felt like another gold medal achievement.

If you are interested in reading more about Mitchell and his faith, his book “Grandpa Darrell Rocks and Run” can be found in the Hickman-Johnson Furrow Learning Center.