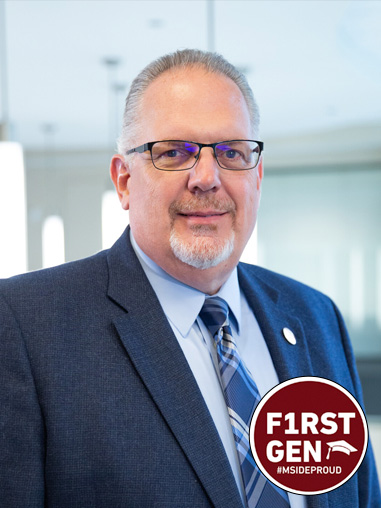 Dr. Thomas H. Paulsen serves as an associate professor and chair of the Applied Agricultural and Food Studies Department.

Paulsen served as an endowed professor in-charge of the capstone student managed Ag 450 Farm and coordinator of the Agricultural Teacher Education Program at Iowa State University from 2008 to 2016 prior to joining the faculty at Morningside College.

Paulsen has been recognized as the Iowa Teacher of the Year in 2000 and was a Milken National Education Award winner in 2001.  He also received the North American Colleges and Teachers of Agriculture Graduate Student Teaching Award in 2011. He has also been recognized by the Iowa State University College of Agriculture and Life Sciences with the Early Achievement in Teaching Award. In 2016, Dr. Paulsen received a National Educator Award at the Annual Conference of North American Colleges and Teachers of Agriculture and the Outstanding Early Career Award by the American Association for Agricultural Education.

Paulsen grew up on a family farm in southwest Iowa near Atlantic, where he was actively involved in 4-H, FFA, football, basketball, and band. He taught and coached at Lynnville-Sully High School from 1987 to 1992 and at Carroll High School from 1992 to 2008 before completing his doctorate at Iowa State University.

"I believe Morningside College is well positioned to become an educational leader in the training of agriculturalists at the state, regional, national and international levels", Paulsen said.  "I am excited to work with faculty to provide for students a well-rounded, liberal arts education that integrates real-world experiences and quality coursework in agriculture that will provide program graduates with a broad view of the world in which they will live and work".