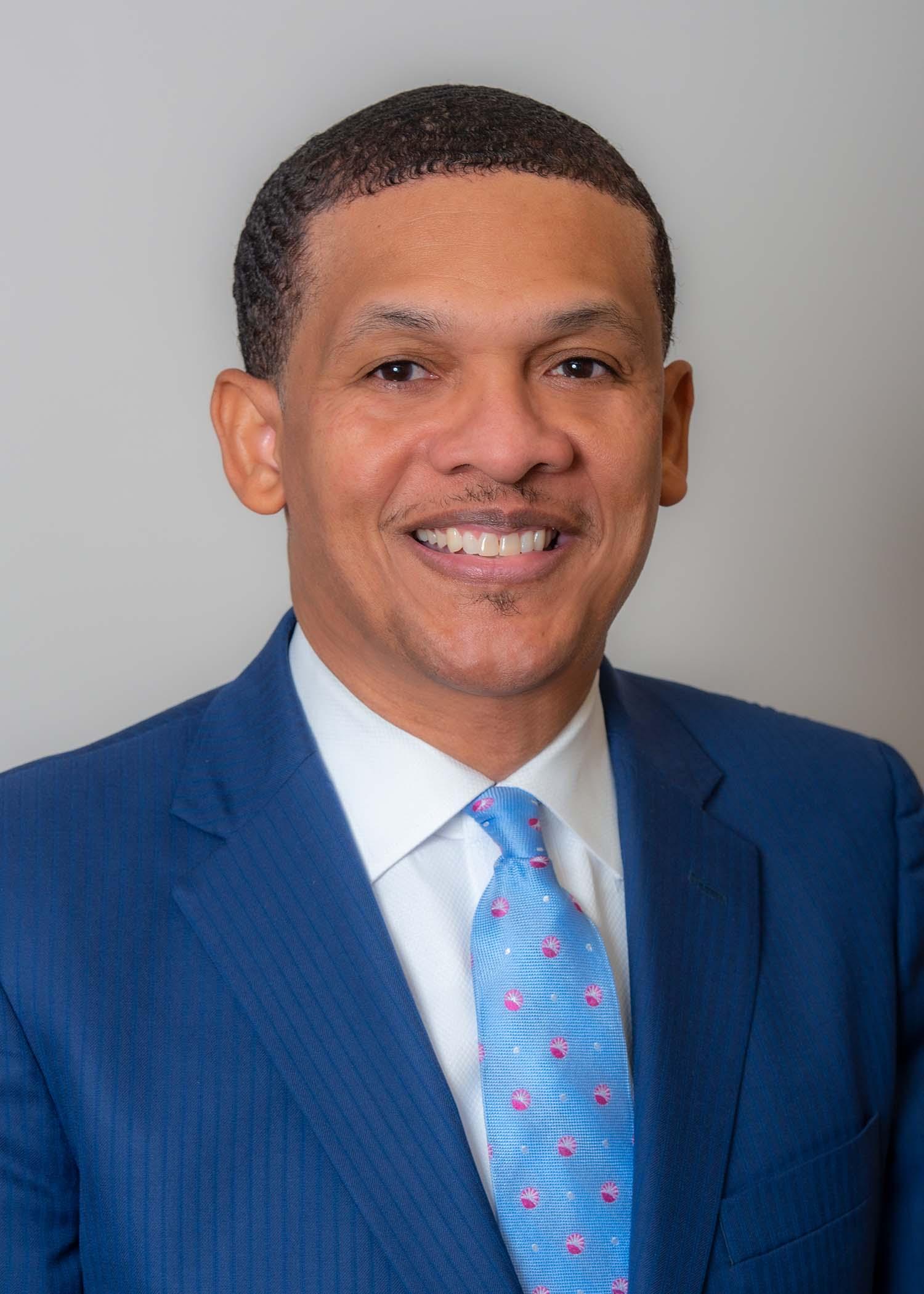 "I am so thrilled to become part of the Morningside community. The reputation and celebration of Morningside in Siouxland are remarkable, and I am especially looking forward to joining a community that shares my values and priorities. Morningside has an emphasis on developing students as whole persons, which is something I have sought to do throughout my career in higher education. Further, the University's core values are principles that I hold dear and that have been crucial to my own development," said Mosley. "As the future of work and learning continue to be reimagined in the global marketplace, I look forward to leading the campus community in responding to those needs while building on Morningside's tradition of innovation, adaptability, and excellence in all things."

“We are elated and honored to welcome Dr. Mosley to Morningside University as its 13th president. In making this important decision, our board of directors saw in Dr. Mosley a charismatic leader who had embodied throughout his career the passion for ethical leadership and civic responsibility that are central to Morningside’s mission and culture,” said Esther Mackintosh ’69, chair of the Morningside University Board of Directors. “Dr. Mosley has demonstrated an innovative and entrepreneurial spirit, a firm grasp of the issues facing higher education, a commitment to addressing the challenge of college affordability, and an inclusive leadership style—all qualities that will enable him to build on the strong foundation that Morningside has developed under John Reynders over the past two decades.”

As part of the senior leadership team at Methodist Le Bonheur Healthcare, a nonprofit, comprehensive, six-hospital health care system with 13,000 employees based in Memphis, Tenn., Mosley provides strategic visioning and leadership to a division with more than 350 employees and a budget in excess of $50 million. That division includes the Methodist Healthcare Foundation, Methodist Le Bonheur Community Outreach, behavioral health, the Center for Bioethics and Health Equity, the Center of Excellence in Faith & Health Equity, strategic philanthropy, international ministries, spiritual care, volunteer services, and clinical pastoral education.

Mosley will succeed John Reynders, who has served at Morningside since 1999 and is the University’s longest-sitting president. Reynders’ tenure will conclude in the summer of 2022. Learn more about Morningside's president search here.

Mosley is a first-generation college graduate and first-generation professional who was born and raised in the rural, east-central Mississippi community of Shuqualak. The 500 people in that community consisted mostly of Mosley’s family and extended family, whom he credits for instilling in him a belief that he could accomplish anything.

From that rural community, Mosley went on to earn degrees from Millsaps College, Duke University, Yale University, and the University of Georgia. He has also received a number of honors and awards over the course of his life and career, including being named the recipient of the Duke University William J. Griffith University Service Award, receiving a special citation for Excellence in Community Leadership from the House of Representatives of the Commonwealth of Pennsylvania, and being honored with the Richard Hernandez Religious Leadership Award given by the Northwest Interfaith Movement in Philadelphia, Pa. 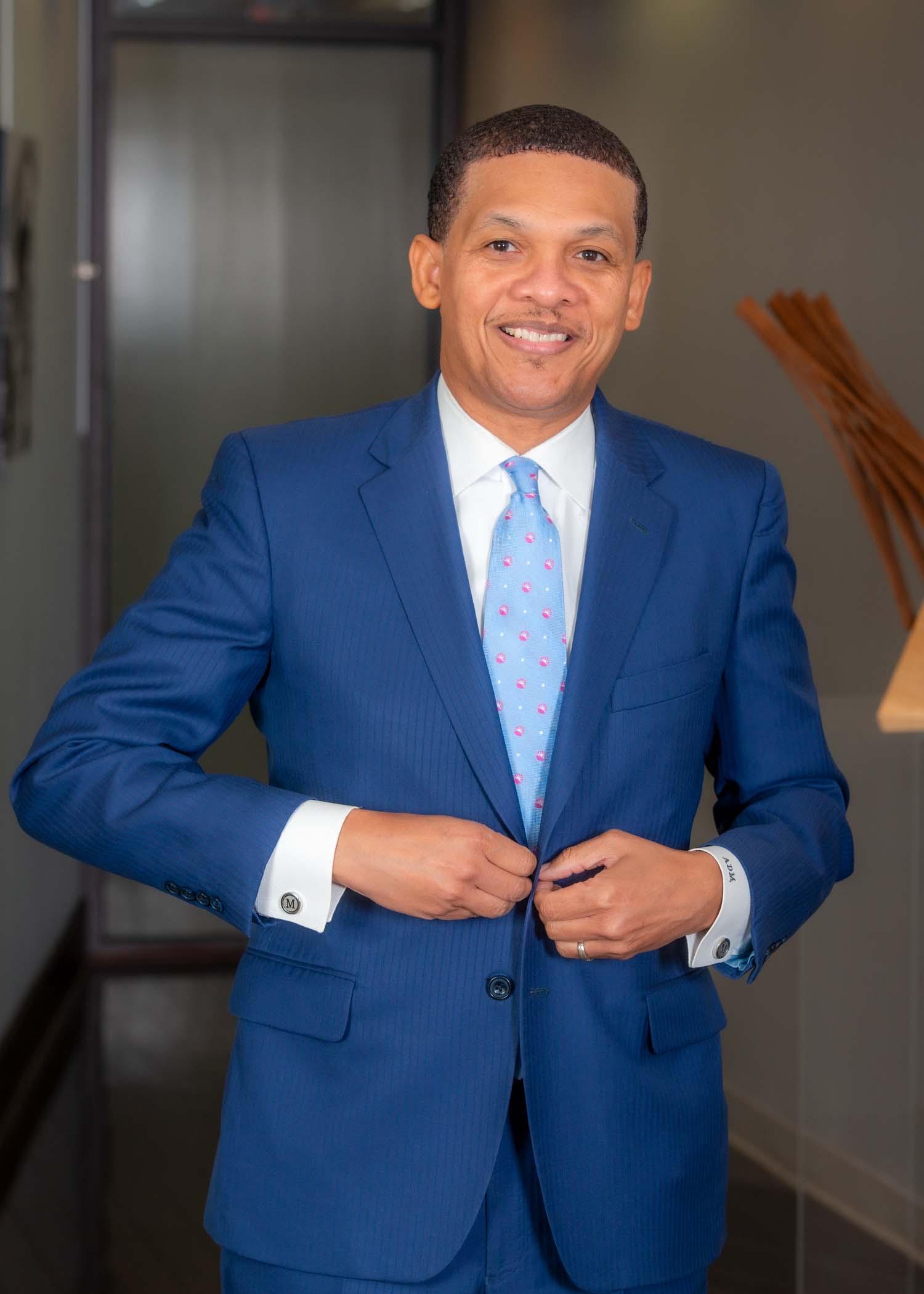 Dr. Albert Mosley will be the 13th president of Morningside University.

Mosley is known in higher education and nonprofit settings for his entrepreneurial spirit, administrative acumen, and demonstrated ability to lead through seasons of significant change.

At Methodist Le Bonheur Healthcare, Mosley launched several transformational, community-based initiatives. He led a large-scale partnership with the Shelby County School System in Memphis, Tenn., designed to increase literacy rates. That partnership was recently awarded a $4.6 million grant by the Tennessee Department of Education to expand to all public elementary schools in the county. He has also helped lead the Methodist Healthcare Foundation and Methodist Le Bonheur Community Outreach to garner more than $35 million in grants and philanthropy. These funds have helped serve underserved populations and food insecure patients since the start of the pandemic and have also helped increase access for mental and behavioral health.

While serving as the executive vice president and chief operating officer for Bethune-Cookman University in Daytona Beach, Fla., Mosley was responsible for the overall direction and coordination of five university divisions and the vice presidents leading each area. He also led the assessment, revision, and implementation of Bethune-Cookman’s strategic and long-term plan and helped the institution earn several significant grants.

At Johns Hopkins University and Duke University, Mosley served in student affairs roles that helped him develop a reputation for his commitment to advancing robust connections between the campus and local community.

One of Mosley’s crowning achievements as a transformational leader, though, occurred during his six years as president of Gammon Theological Seminary in Atlanta, Ga. There, he was able to retire all the institution’s debt and increase the endowment by nearly 75 percent. He also helped Gammon achieve historic enrollment numbers and establish new and innovative certificate programs.

Mosley is a dedicated leader who has served in many distinguished national and international organizations and leadership roles. He currently serves on the board of directors for Leadership Memphis and as the chair of Volunteer Memphis. He is a board member for the Tennessee Hospital Association and serves as the chair of its Council on Inclusion and Health Equity. Additionally, in 2019, Mosley was appointed to a four-year term on the Tennessee Board of Judicial Conduct by the Tennessee Speaker of the House.

In higher education, Mosley is a member of the Board of Trustees and chair of the Academic and Student Affairs Committee for LeMoyne-Owen College. He is part of the Board of Trustees for Martin Methodist College; he is a board member, treasurer, and chair of the Finance Committee for Africa University in Old Mutare, Zimbabwe; and he is vice chair of the University Senate of the United Methodist Church. Mosley also frequently travels and lectures across the country and around the world on transformational leadership and change management. 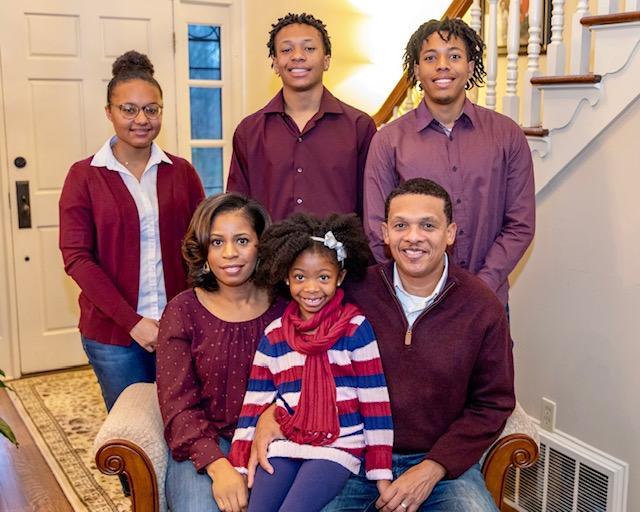 Of his many credentials, accomplishments, and achievements, Mosley points to his family as his greatest source of inspiration. He is married to Dr. Syreeta McTavous-Mosley, a native of Philadelphia, Pa., who is a dentist by profession. Dr. McTavous-Mosley is a graduate of Edinboro University of Pennsylvania and Howard University College of Dentistry. She currently serves at the University of Tennessee Health Science Center’s College of Dentistry as an assistant professor and the director of diversity, equity, and inclusion. Prior to her current roles, she treated adult and pediatric patients in private practice and in a clinic that provided dental services to disadvantaged populations.

Morningside University is a private four-year liberal arts university with a beautiful 69-acre campus located in a safe and residential area in Sioux City, Iowa. Morningside's educational programming is designed to meet the needs of undergraduate, post-undergraduate, and graduate students in an increasingly fast-paced world with over 65 majors and pre-professional programs, online graduate programs in education and nursing, and online bachelor's degree completion programs.