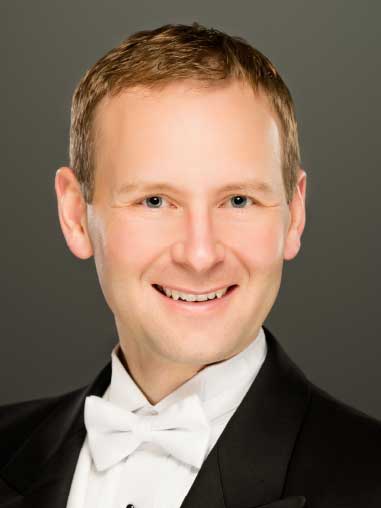 Ryan Person is director of choral activities and assistant professor of music at Morningside University in Sioux City, Iowa. At Morningside, his choirs have been recognized and honored for their performance excellence since his arrival in 2018. Person conducts the fifty-member Morningside Choir, which is celebrated across the region for its exceptional choral artistry and programming. The choir tours to continental and international locations each year, including upcoming travel to Germany, Austria, and the Czech Republic in 2022. In addition to the Morningside Choir, Person directs the university’s popular tenor/bass chorus, Camerata, and teaches courses in conducting and choral methods.

During his time at Morningside, Person has served as a visionary for new campus festivals and events, while reimagining and honoring existing traditions. In 2019, Person founded Morningside’s All-State Choral Camp, which serves high school students from across Iowa. He has also developed additional on-campus clinics, honor choirs, and choral invitationals which have firmly connected the university with the regional choral community. Upon beginning at Morningside, Person established the CODA Legacy Award, Morningside’s pinnacle achievement for visual and performing arts alumni, faculty, and staff, and has served as committee chair since its inception. He has also heightened Christmas at Morningside, the School of Visual and Performing Arts annual holiday performances, which attract thousands of spectators each year.

As an experienced conductor and educator, Person has accepted numerous professional invitations throughout the Midwest and Texas. His choirs have been invited to perform at the North Central American Choral Directors Association Conference and the Iowa Choral Directors Association Showcase, and he has presented at the National Collegiate Choral Organization Conference with mentor Richard Bjella. Person has been a popular guest conductor and choral clinician throughout his career, and he will make his conducting debut at Carnegie Hall in New York City in 2023.

Prior to Morningside, Person studied and taught at Texas Tech University where he served as graduate assistant conductor. As a high school choral director, he taught for ten years in public schools, most notably enriching the regionally-recognized choral music program at West High School in Iowa City, Iowa.