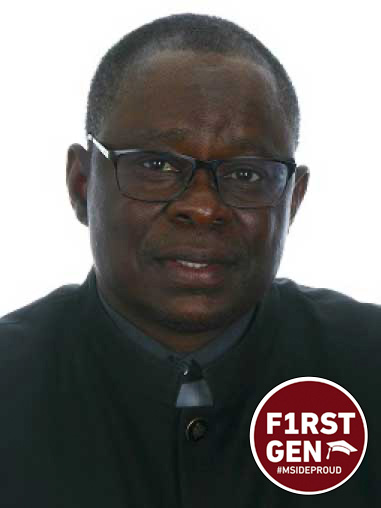 Lawrence Muzinga, associate professor of business, began his higher education teaching career in 2005. He is originally from the Democratic Republic of Congo (DRC) but has been a permanent resident of the United States since 1992. Prior to moving to the United States to pursue a graduate program, he served as bank manager at then the Commercial Bank of Zaire (BCZ). He received his Bachelor of Science in applied economics from the University of Kinshasa, Kinshasa, DRC. He received his Master of Arts in African studies with a concentration in economic development and a Ph.D. in agricultural and consumer economics with a concentration in ag finance from the University of Illinois in Champaign-Urbana.

Muzinga has an extensive background in economics and finance, especially as they pertain to agriculture. His research interests include corporate finance, taxation, financial and managerial accounting, agriculture, business and finance, statistics, and economic development.

He has received several awards for outstanding teaching during his career as both a graduate teaching assistant and as an instructor. At his prior institution, students voted for him to receive the 2011 and 2012 Faculty of the Year awards, an award he was nominated for annually from 2011 to 2015. He also has an extensive list of publications and presentations.