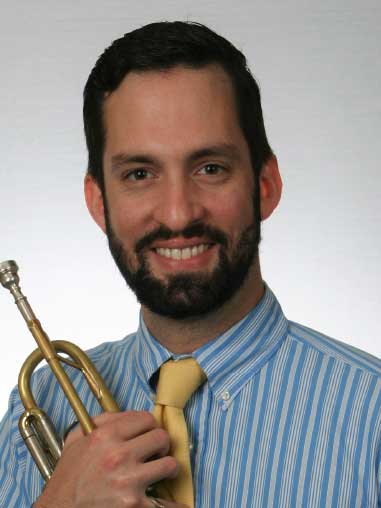 Under his leadership, the jazz studies area at Morningside has continued to be a regional resource for high school students and directors alike. The Morningside Jazz Festival is the largest, longest-running, and most prestigious jazz festival in the tri-state area, regularly welcoming over 40 bands for three days of performances and clinics. The festival will be in its 49th year in 2022. Additionally, Dr. Mahon has created Middle School Jazz Day @ Morningside, which welcomes younger jazz musicians to campus for performances and positive and educational clinics.

As a performer, Dr. Mahon has traveled throughout the United States and China, as well as recent performances at some of Europe’s most prominent jazz festivals, including Montreux (Switzerland), Vienne (France), and Umbria (Italy). He also recently performed with groups at The Kennedy Center and Jazz at Lincoln Center. In July 2019, Mahon attended and performed at the International Trumpet Art Week Conference at the Sichuan Conservatory of Music in Chengdu, China.

Equally at home in the classical, jazz, and commercial idioms, Mahon is in high demand as a performer. He has played with The Temptations, The Happenings, and Nelson. In 2017, Mahon played lead trumpet for the PBS TV special, ‘Generations of Music with Ethan Bortnick.’ He plays lead trumpet for the Jazzed Up! Big Band that headlines the Roof Garden at Arnold’s Park throughout the summer months. Mahon is a member of six-time ‘Local Best’ winning band ‘Goodroad’ and with them has opened for or performed with Heart, Jon Pardi, Locash, Sister Hazel, Mitchell Tenpenny, and others.